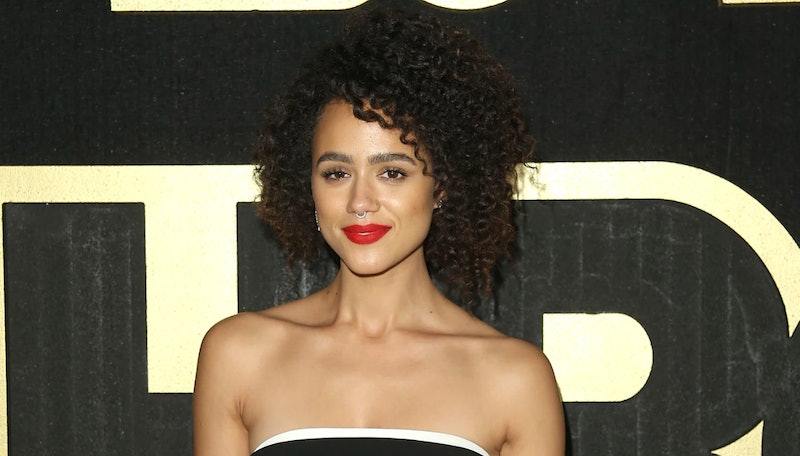 Game Of Thrones has long been finished, but the show (and particularly its final season) is still fresh in our minds. GoT was a global, cultural phenomenon, and one that was a catalyst for conversations about all kinds of issues. And star Nathalie Emmanuel, who played Daenerys Targaryen' right hand woman Missandei, has revealed she is glad that her GoT death sparked conversation about representation.

Missandei was, as Game Of Thrones fans will painfully remember, brutally killed off in the final season, before ever being able to make it to the last episode. The closest confidant of the Queen was captured by Daenerys' rival for the throne, Cersei Lannister. Her hands in chains, she was horrifically beheaded as Daenerys watched. In her final moments, Missandei told Daenerys to light her rivals up with dragon fire in a final act of defiance.

Many viewers found the scenes particularly disturbing, noting that the killing of one the only main characters who was a person of colour in such a brutal way, and while shackled, was problematic and painful to watch. It's a topic Emmanuel addressed this week while promoting new project Four Weddings and a Funeral while at Hulu's Television Critics Association summer press tour.

"It sparked a conversation about representation and the treatment of actors of colour, which I think is very welcomed. It should be had, absolutely," she began, as Entertainment Tonight reports.

"I think it's really important to say... I was given so much to do with Missandei over the course of the seasons that I was in, and the beautiful scenes and words that I got to say, like, and the kind of nuance of the scenes that I got to do was so amazing. But there is a wider issue of representation."

The actress then continued, discussing the issue of representation in television on a wider scale:

"When you have the token characters — I don't think they tokenise us in the usual sense — but when you have one or two characters, people who are used to being othered or of a minority background, [viewers] will look for the closest thing to them, and I think so many people are so rooting and invested in those two characters.

"And then specifically women and women of colour [identified with] Missandei, so I expected the reaction to that, but I wasn't quite prepared for the size of the reaction and, like, very prominent people were writing about it."

She finished by addressing the issue of casting diversely, explaining that especially in fantasy, the opportunities for representation are particularly vast:

"It's something we can learn from going forward, about how we cast things, especially because it was a fantasy series," she said. "There's fantasy, there's so much more possibility. And ... that way, if you try to cast as inclusively as possible, when the only one goes or is no longer in the show, there's not so much of a heartbreak, because you feel represented throughout, as opposed to by just one person."

Emmanuel is currently busy promoting her upcoming project Four Weddings And A Funeral, a modern TV adaptation of Richard Curtis' beloved 1994 film. She plays the lead character, Maya, who (along with a group of friends) attends four weddings and a funeral, which sets of a series of events. Speaking about the diverse casting within the show, Emmanuel told Porter magazine: “The fact that Nikesh [Patel] and I are the leads on that show, that really means something to us."