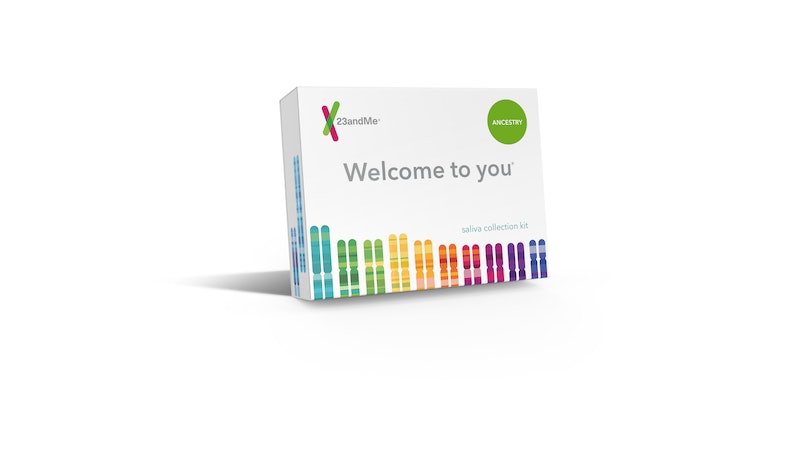 Even though I regularly lament the general awfulness of 2018, it's a glorious time to be alive. Thanks to technological advances, we can get pretty much anything delivered to our doorsteps — including detailed reports about our ancestry. April 25 is National DNA Day, so it makes sense that there are National DNA Day 2018 sales you need to know about. I know that most obscure holidays just feel like marketing ploys, but National DNA Day is the real deal. According to the National Human Genome Research Institute, which is part of the National Institutes of Health, the day recognizes accomplishments in DNA research. From the institute's website:

National DNA Day commemorates the successful completion of the Human Genome Project in 2003 and the discovery of DNA's double helix in 1953.

In 2003, the U.S. House and Senate passed a resolution declaring that April 25 is National DNA Day. (Even more fun fact: The whole month of April is DNA Month.) There's no right way to celebrate National DNA Day, but it is an opportunity to get deals on DNA testing kits.

If you aren't familiar with the concept, you send a vial of saliva to a company, and they provide insights about your heritage and health based on your genetic makeup. Privacy concerns have been raised about DNA kits — Gizmodo reports that many testing companies have terms of service agreements that allow them to use your DNA freely. Do your research before committing to DNA testing, but if you decide you'd like to move forward, today is a great time to buy.

23andMe Kits Are 30 Percent Off

23andMe is one of the most popular DNA testing services, and they're offering a pretty sweet deal to celebrate National DNA Day. Their kits are 30 percent off, which means you'll pay $69 for a basic kit instead of the usual $99. The offer expires tonight.

An AncestryDNA Kit Is $59

AncestryDNA is another super-popular DNA testing service, and they're also discounting their testing kits in acknowledgement of the holiday. Instead of $99, the kit is $59, and you have until April 29 to purchase it.

If you're squeamish about saliva, the MyHeritage kit may be your best bet. You just mail in a cheek swab for DNA analysis, and the company says its large database of people allows you a greater chance to find relatives who live elsewhere.

Family Tree DNA offers one of the most affordable options on the market — their Family Finder kit is only $49 in honor of National DNA Day. The company also has some advanced packages for DNA experts. If you're willing to shell out $649, you can buy the Big Y-100 test and find out a ton about your ancestry.

Living DNA calls its kit the "world's most advanced DNA test" and claims to offer twice the detail of other DNA testing companies, including information from 80 regions of the world. If you want to test it out for yourself, now is the time — you can save $79 on a kit in honor of National DNA Day, and the company says it's a limited time offer.

I didn't find anything particularly shocking when I bought a DNA kit, but my husband and I both learned a lot more about our ancestors. Even if you aren't interested in DNA testing for yourself, it's a perfect Mother's or Father's Day present if you have any genealogy nerds in your family. I don't know that I could convince my parents to spit in a tube and mail it off to a company, but there's no better time to try.