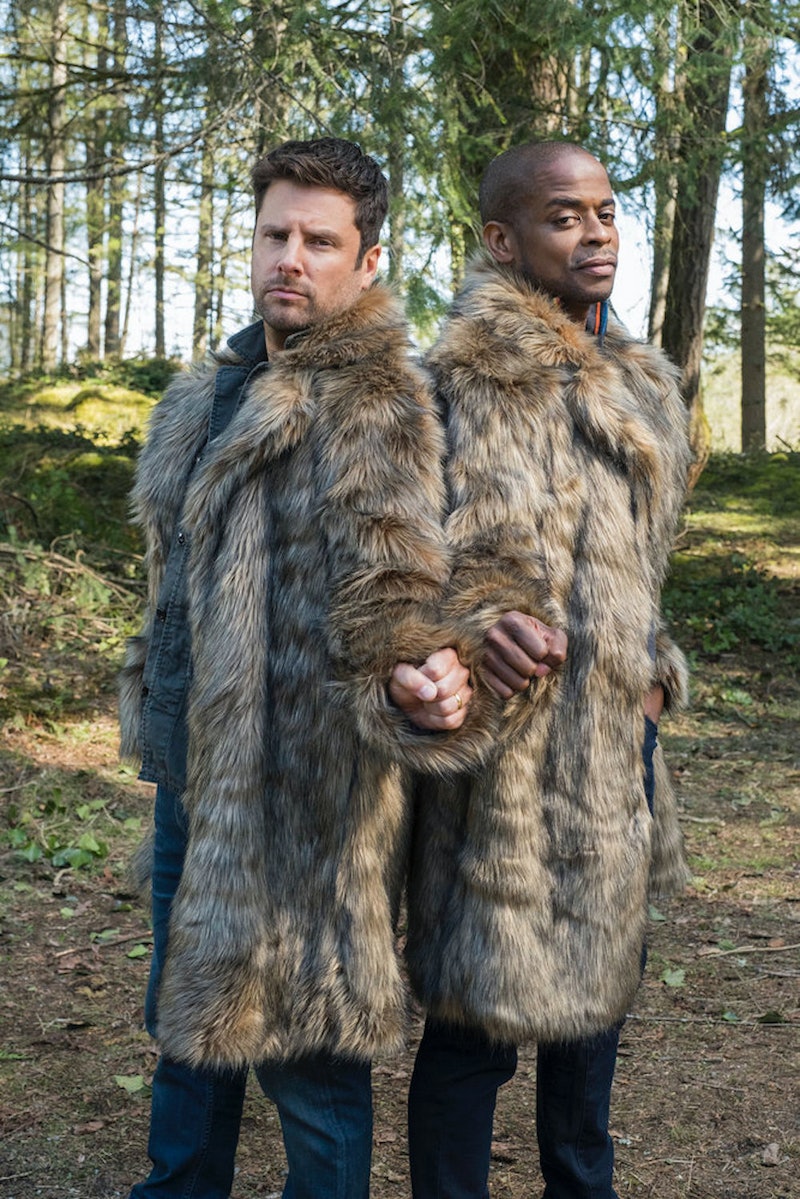 Everyone's best friends during self-quarantine has been Netflix, Hulu, Disney+, and Amazon Prime Video. And another new platform is about to join the fold. NBC's new streaming service Peacock has announced its launch date, along with a new slate of original shows that will be available to stream on day one. Peacock will officially be available to the masses on July 15, meaning that your quarantine watchlist for the rest of the summer is about to get some refreshing new options.

Despite the coronavirus pandemic halting production of many planned films and shows, including some Peacock offerings, some original, star-studded content will still be available on the new platform on July 15. As reported by Access Hollywood, some of the upcoming titles include Intelligence, a workplace comedy starring David Schwimmer as an NSA agent who relocates to the UK to spearhead the country's cyber-crimes team, and Psych 2: Lassie Come Home, the sequel to the beloved series Psych's first TV movie.

The more dramatic offerings include Brave New World (pictured below), a Demi Moore-led drama based on Aldous Huxley's dystopian novel, which stars Harry Lloyd and Jessica Brown Findlay as citizens of a utopian country who get caught up in a violent rebellion on vacation. And The Capture, which will examine the worlds of fake news and conspiracies through the lens of a soldier whose conviction for murder in Afghanistan is overturned due to lack of evidence, played by Callum Turner.

For those who have kids at home (or who just like to get nostalgic), Peacock will also sport a strong line-up of children's shows, including the return of Curious George and a new animated show based on Where's Waldo, where the mysterious boy in the striped sweater travels the world with his friend Wenda. But of course, not everything is new. Peacock will soon be the exclusive home of several current and classic NBCUniversal shows, including the Real Housewives series, 30 Rock, and Law & Order. Peacock will also be the lifeline for fans of The Office and Parks and Recreation once they leave Netflix before the end of 2020.

Peacock will be available at a free tier, with the ability to go Premium for $4.99 a month. Xfinity subscribers can currently access Peacock's Premium plan for free, but for everyone else, there's only two months before you have another excuse to not be productive during quarantine.

More like this
The First Trailer For 'That '90s Show' Includes So Many Nods To The Original Series
By Jack Irvin, Alyssa Lapid and Grace Wehniainen
'Bridgerton' S3 Teases Exciting Social Season For Penelope Featherington
By Bustle
Brandon & Serene Reveal The Major Relationship Milestone They Celebrated After 'BiP'
By Kadin Burnett and Grace Wehniainen
What Jen Shah's Delayed Sentencing Could Mean For The 'RHOSLC' Season 3 Reunion
By Brad Witter and Jake Viswanath
Get Even More From Bustle — Sign Up For The Newsletter