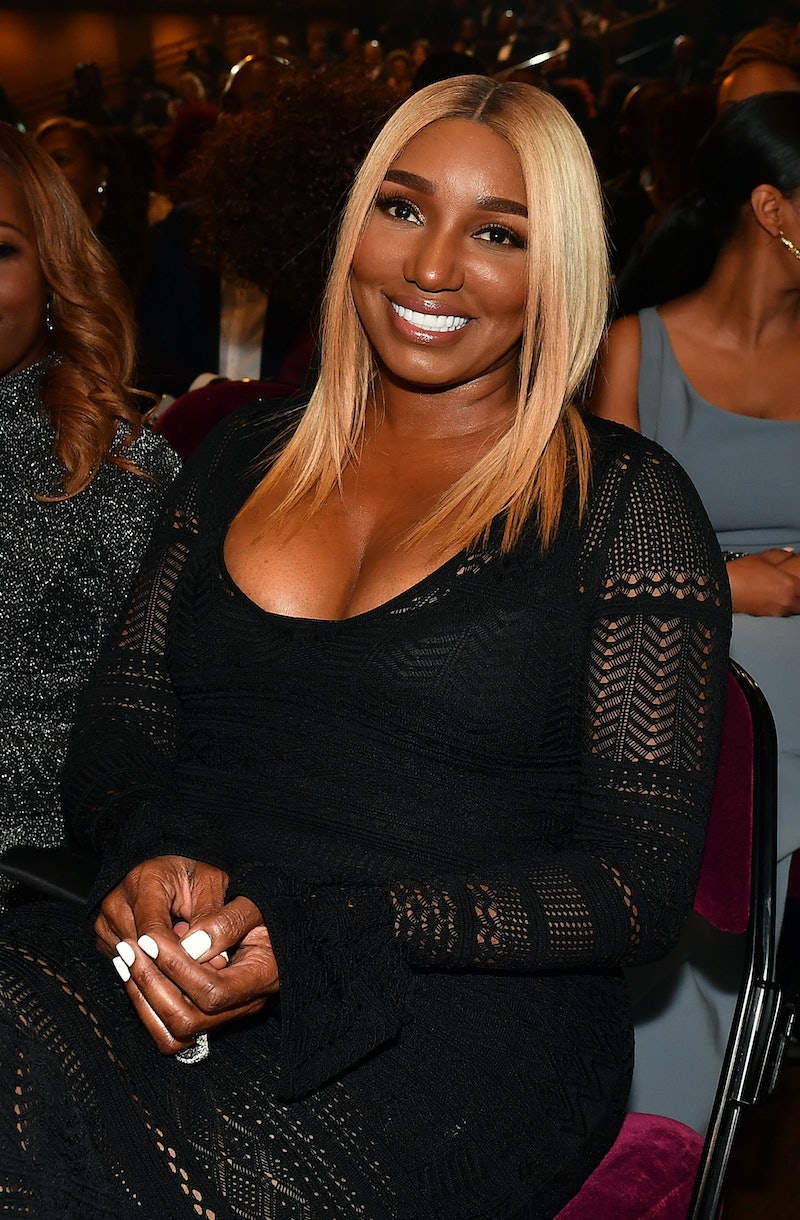 Could another member of the Real Housewives family be looking to step away from the never-ending drama? During Tuesday’s episode of The Wendy Williams Show, host Wendy Williams claimed that her close friend NeNe Leakes revealed to her in a text message that she plans on parting ways with The Real Housewives Of Atlanta. However, in a statement to Bustle, Leakes denies that she's quitting RHOA, despite her friend's remarks, and insists that nothing has been solidified just yet.

"It's been an especially difficult couple of weeks for Nene, and she was venting to her friend in private correspondence," a rep for Leakes told Bustle in response to Williams' claims. "Nothing has been confirmed or officially decided for next season." Bustle also reached out to Bravo for comment.

That's certainly not the way that Williams seemed to interpret their conversation, having made it seem like it was much more of a done deal. “I took a break between commercials, my office is right there behind the set. I had to go to the bathroom and so I looked at my phone between commercials. And NeNe texts, ‘I’m quitting,’ ” Williams told her Jan. 21 audience. “I’m surprised I got it, because I have no service in my office, but I got it.”

Williams didn't explain why Leakes had reportedly decided to quit the reality series, though she did imply that her friend is going through a very difficult time right now. “I know something about NeNe that you all will cry, be sad and feel bad for her,” Williams added. “She’s carrying the weight of a huge thing on her shoulders. I’m not going to say it, she’s got to say it."

If the decision were left up to Williams, though, Leakes will opt to stay on the show. Which, as it turns out, could still end up being a real possibility. "In my opinion, NeNe, you need this platform to explain the other part of your life," Williams stated. “Forget arguing with them broads — you’ve got that secret, and that secret is going to melt their hearts. Because when she shared it with me, I cried with her.”

Williams refused to expand on any details about this supposed secret, though she hinted that it had nothing to do with Leakes' health, family, or children. And the reality star has not yet commented on what the host could have been referring to, though she did seemingly respond on Instagram, sharing a photo of herself looking shocked at her phone with the caption, "WHO SAID DAT!?!?! #SMH."

Leakes has been a major part of the RHOA family ever since the series initially debuted back in 2008. She briefly took a step back during Season 8, appearing only in a guest star capacity and opted not to return at all for Season 9. However, she became a full-time Housewife again once Season 10 rolled around. So even if Leakes does decide to step away from the franchise once again, there's always a chance she could return down the line. One thing's for sure, when she does make a decision, chances are she won't be telling Wendy Williams.