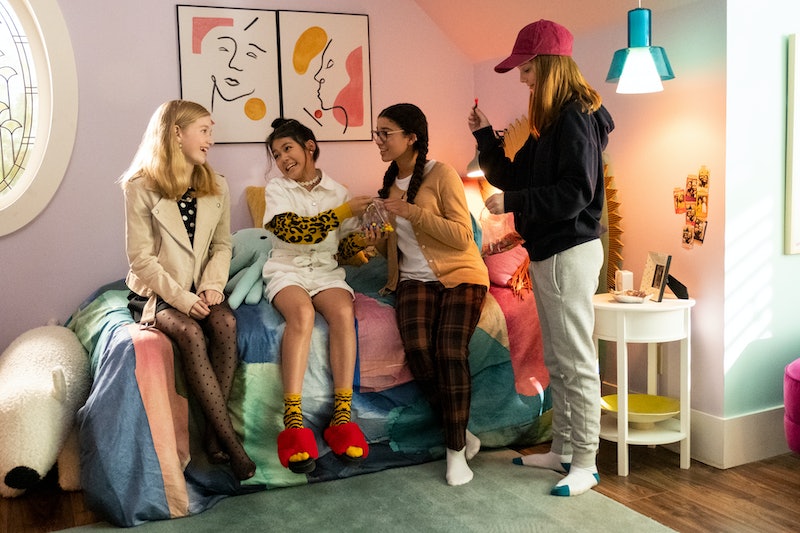 This beloved young adult book series is finally getting the modern television adaptation it deserves. On Monday, June 22, Netflix dropped the trailer for The Baby-Sitters Club, and the series is guaranteed to be a sweet portrait of tween friendship. Ann M. Martin, who wrote the book series and produced the show, is bringing in her original story into the modern day for its television adaptation — but don't worry, they still have a dedicated land line. The first, 10-episode season is set to premiere on July 3.

The first Baby-Sitters Club book was published in 1986 and documented the adventures of four entrepreneurial eight-graders in Connecticut (the group would eventually become seven) as they started a child care collective. Parents could call the club at their landline number to take advantage of reliable babysitting services, and through the business venture, the seven tweens learned important lessons about life and friendship. In a press release obtained by Bustle, Netflix promised that the onscreen adaptation would follow suit in "inspiring young girls with different backgrounds, personalities and opinions."

The Baby-Sitter's Club's Netflix adaptation was helmed by Rachel Shukert, who is best known for Glow, and Lucia Aniello, who worked on Broad City, as per the press release. Shukert promised the TV counterparts to the book characters would be "very canon," but the writers "leaned into updating them for today," as per Entertainment Weekly. For example, Claudia is "bad at school," but the show aimed to, "dig into that more in a way that feels right for today." Other storylines, such as Stacy's diabetes diagnosis, will be updated to feel more medically and emotionally accurate.

Yet, The Babysitter's Club won't be without nostalgia. Clueless star Alicia Silverstone will play Elizabeth Thomas-Brewer, Kristy's single mom, whose romance with a love interest, played by Mark Feuerstein, will create some family tension. Showrunners will also incorporate plenty of 80s and 90s references and fashion statements, making the show a "multi-generational" viewing experience, as per EW.

Shukert and Aniello also wanted to make sure the Netflix adaptation captured the lessons at the heart of the beloved book series. "We're in this moment where it's really nice to see the stories of young women who are leaders in their community and their friendships with each other and their families are so important to them," Aniello told EW. "Hopefully we'll set a really great example for a new generation, the way that the books did for ours."