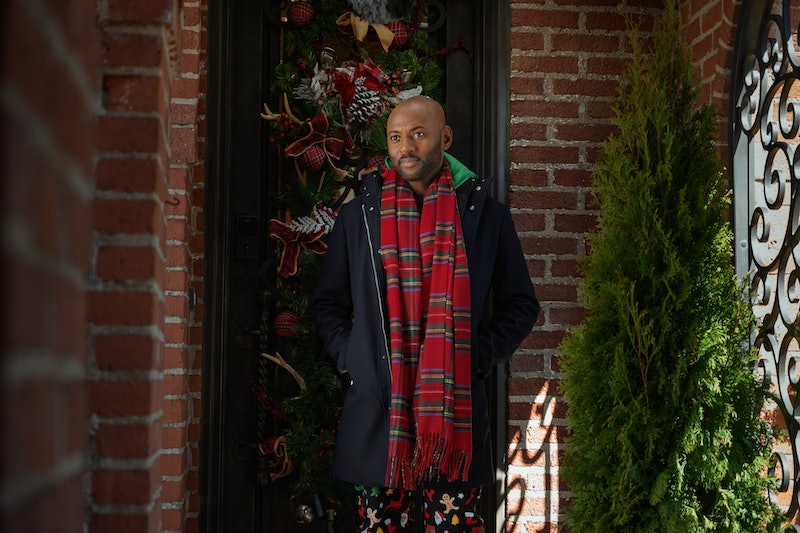 Festive attire, swoon-worthy romances, epiphanies about the true meaning of Christmas — it must be a holiday movie. The trailer for Netflix's new Christmas movie Holiday Rush checks all the boxes of the genre, and packs an extra punch of the feels courtesy of two TV stars fans are bound to recognize. Holiday Rush brings together stars from A Million Little Things and Walking Dead, creating a crossover you never knew you needed.

In the trailer, Romany Malco, best known for playing Rome Howard on A Million Little Things, takes on the role of popular New York radio DJ Rush Williams, who has been doing everything he can to spoil his four kids in the wake of their mother's death. However, life throws his family a curveball when he loses his job right before Christmas, forcing them to say goodbye to their "boujie" lifestyle and downsize to a simpler way of life. Add in a budding romance with producer Roxy Richardson, played by The Walking Dead's Sonequa Martin-Green, and you've got an epic holiday romance.

Obviously, Holiday Rush is a far cry from zombie attacks and outer space adventures, but it should pack the type of emotional punch that A Million Little Things fans should love. Like any good Christmas movie, the story is bound to hit your right in the feels, so make sure to have a few tissues on hand just in case.

Of course, Holiday Rush, which is slated to hit the streaming service on Nov. 28, is just the latest in a long line of current and upcoming holiday-related movies to hit Netflix this year. Other titles include Holiday in the Wild, Let It Snow, The Knight Before Christmas, A Christmas Prince: The Royal Baby, and Klaus, just to name a few. If that isn't a reason to stay curled up on the couch all winter long, then what is?