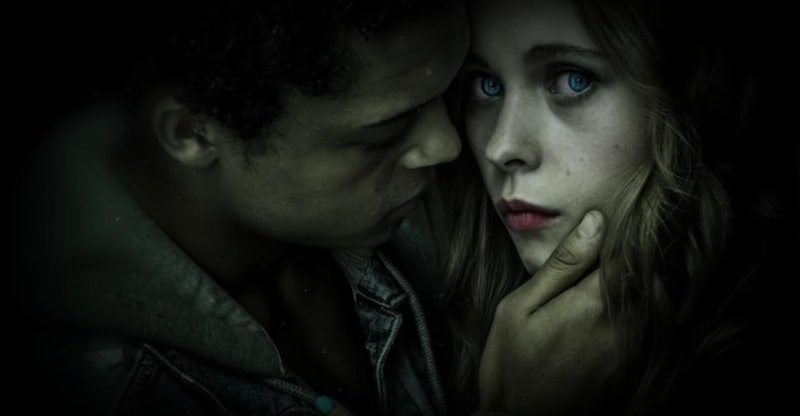 If you're eagerly waiting for Season 3 of Stranger Things to start, Netflix has a show that should make things a little easier. The exclusive trailer for Netflix's upcoming series, The Innocents may just be your new TV obsession, and luckily, you just have to wait until the summer to check out the first season, which will have eight episodes.

The Netflix original series, debuting Aug. 24, looks at June (Sorcha Groundsell), a girl with a secret, not unlike Stranger Things' Eleven. Yes, this girl's got a secret gift that is "greater than any others." A chameleon ability to transform into someone else being one of them, but as the trailer for the British series teases, "What you see is not what you see." Seriously, you might start questioning everything you see in the mirror. But, what you see in this clip for the thrilling coming-of-age series, is sure to get you excited.

There will be plenty of twists and turns, a little bit of romance, and some very creepy characters that will have you constantly questioning who you should trust in this series created and written by Hania Elkington and Simon Duric. "You're a young woman in a frightening new world," Halvorson, played by Guy Pearce, tells June. While it's unclear who Halvorson is, Pearce's character seems to know who June is, or more specifically, what she is.

There's something otherworldly about her. But like most average teenagers, June is looking to rebel, which is why she's run away with Harry (Percelle Ascott) to start over. Unfortunately, it's not that easy when you've got strict parents and a secret agency after you. And as fans have learned from Hawkins, Indiana, these kinds of guys who say things like, "This young girl needs us," are not often to be trusted.

Here's a description of The Innocents from Netflix:

"When teenagers Harry and June run away from their repressive families to be together, they’re derailed by an extraordinary discovery - June’s ability to shape-shift. As the star-crossed lovers struggle to control this strange new power, a mysterious professor reveals that June is not alone: there are more shifters out there like her, and he promises to cure June and reunite her with the mother who deserted her three years ago. But as their journey becomes increasingly fraught with danger, Harry and June's love for each other is tested to breaking point and they're faced with a choice: keep their innocent dream alive, or embrace that their lives have changed and risk everything."

That doesn't mean it will be easy to separate these two, though.

Throughout the trailer, which is scored by a haunting piano cover of the Pixies' "Where Is My Mind?," we see June hiding love notes from Harry in a carved out book, the two stealing kisses on a cliff, and getting intimate in a neon-hued motel. But, the real test of their love will be keeping June safe from whatever it is she possesses. As one woman says, "If June's one of us, She's in danger."

After watching The Innocents trailer, it's hard to argue with that sentiment, but as for how much danger June's really in, you're going to need to tune in this summer. With four months until it debuts, that gives fans just enough time to come up with theories about what's going on here and what powers June possesses, which seem very X-Men-like. At the very least, it gives everyone time to guess what that line through the "o" in "Innocents" symbolizes.

If you're looking for clues, The Innocents teaser trailer, which dropped in February, might offer some helpful hints about this "teenage love story with supernatural twists." Such as, "Love changes everything." Not to mention, the eyes definitely don't have it with all the imagery of hidden eyes. It's those windows to the soul that may cause trouble for everyone, not just June.

But what you won't have trouble seeing this year is supernatural-themed Netflix series. Along with The Innocents, Netflix picked up the psychological thriller Requiem, a six-episode series about a young woman who loses her arm only to go on a journey of self-discovery to unravel her true identity. The kids may or may not be alright, but Netflix seems to know that you're going to want to tune in either way.

More like this
Nicola Coughlan Shared A Lady Whistledown Excerpt From ‘Bridgerton’ Season 3
By Grace Wehniainen, Alyssa Lapid and Sam Ramsden
Watch The Thrilling Teaser Trailer Of 'Shadow And Bone' Season 2
By Gretchen Smail and Jack Irvin
If 'Entergalactic' Season 2 Happens, You Could Get A New Kid Cudi Album
By Kadin Burnett
Here’s Where You Can Stream 'Schitt's Creek' After The Comedy Leaves Netflix
By Brad Witter
Get Even More From Bustle — Sign Up For The Newsletter