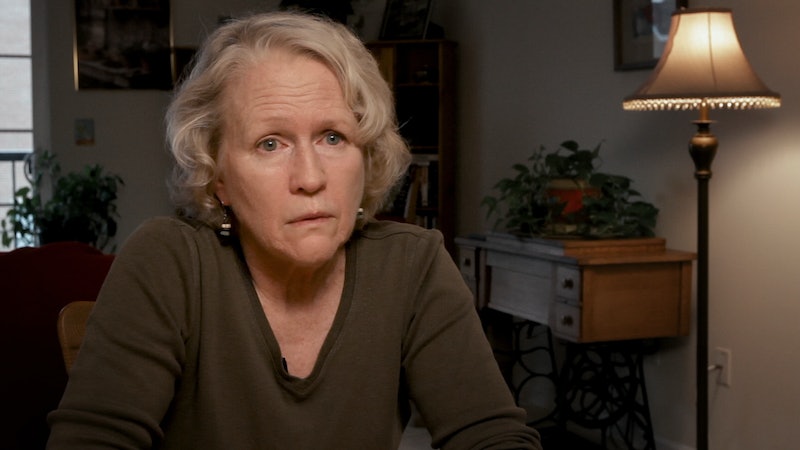 Though it's a trend that's been on the rise for the last couple of years, 2017 proved that true crime is here to stay. And while millions tuned into Serial and marathoned Making a Murderer, one true crime show flew a little more under the radar because it approached the topic differently. Netflix's The Keepers used the murder of Sister Cathy Cesnik as an entrance point to uncovering the alleged sexual abuse at Keough High School that many suspect played a role in why she was killed. In the vast majority of true crime shows, the victims are a mere footnote — but The Keepers' strong focus on the victims sets it apart and makes the series the most important crime documentary of 2017. And, though it came a few months before the wave of sexual assault allegations against powerful men, the women of The Keepers who survived alleged abuse at the hands of a powerful Catholic priest are the Silence Breakers, as Time would call them, of 2017 that you need to remember.

Over the course of The Keepers, several of the survivors were willing to be interviewed at length about their experiences, and the show didn't shy away from giving their often upsetting claims the spotlight they deserved. It's a stark contrast to how Serial and Making a Murderer handled the depictions of Hae Min Lee and Teresa Halbach: Neither woman was alive to tell her story, but these series did little to humanize them and remind their audience that they were real people whose lives were tragically, violently cut short. We know all about their deaths, but not much about their lives — and that's because their stories took a back seat to those of the men who were convicted of their murders.

It's been nearly five decades since Sister Cathy's murder, but The Keepers does an excellent job of showing viewers what she was like as a person, teacher, mentor, and sister. One of the theories that the series explores is the belief by many of the people featured in the show that Sister Cathy was murdered due to her efforts to help her students who were allegedly being sexually abused by a priest at the school.

We also hear many anecdotes from Sister Cathy's younger sister and others close to her about what it was like to be her loved one. Although whomever murdered Sister Cathy may have done so to keep her quiet, The Keepers ensures that she is "heard." By the end of the series, I'd venture a guess that most viewers will remember her as far more than simply a woman whose body was found in the woods. Unfortunately, the same can't be said of many other true crime shows.

The Keepers director Ryan White's handling of the accused priest Father Maskell is also unique in comparison to many other true crime documentaries that labor over life stories of the accused. This is a documentary that devotes time to the victims rather than efforts to humanize people who are accused of committing horrific acts of violence. Both Making a Murderer and The Jinx devoted significant time to the troubled pasts of Steven Avery and Robert Durst (both of whom claim to be innocent of their murder charges), but The Keepers didn't do the same to Maskell (who denied the sexual assault accusations until his death and was never charged.)

Although it was mentioned in passing that Father Maskell's upbringing wasn't ideal, White chose not to devote an entire episode to exploring how he grew up to be an alleged sexual predator. Instead, that time was spent delving into the stories of survivors like Jean Wehner, Teresa Lancaster, and Charles Franz — people who grew up to be compassionate, kind individuals despite the fact that they endured years of alleged sexual abuse. When White did focus on Maskell as a person, he instead explored how the combination of his intelligence and a degree in psychology could have contributed to how he allegedly selected, groomed, and manipulated the alleged victims.

To be clear, it can be argued that there's value in exploring the nature versus nurture aspect of what may lead someone to become a sexual predator or murderer. But, in a series like The Keepers, it would have been disrespectful to the survivors to trim down and edit their stories in order to make more room for Father Maskell. And, in far too many cases, attempts to "explain" violent behavior comes off as making excuses for the perpetrator and thereby invalidates the suffering that was inflicted on the victims and their families.

Every true crime series is different, and not every showrunner will have the opportunity to put survivors onscreen. But, more shows should follow The Keepers' lead — because victims should never, ever be footnotes in their own stories — and these silence breakers deserve to be heard loud and clear.