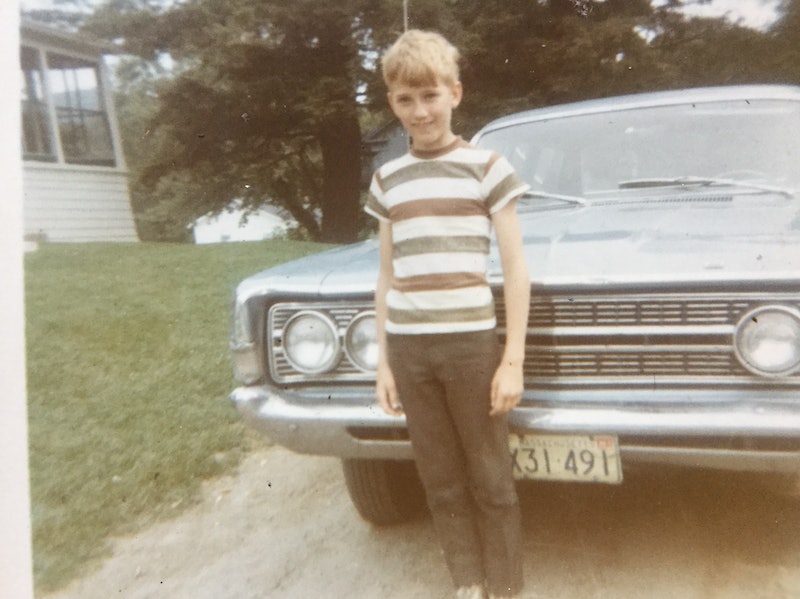 Attention true crime addicts and amateur sleuths: Netflix is reviving a classic mystery series to once again explain the unexplainable. On Tuesday, June 23, Netflix released the first trailer for the Unsolved Mysteries revival, which promises to put a brand new spin on the cult-favorite series with all new stories of mysterious murders, sudden disappearances and unexplainable paranormal encounters.

The first six episodes of the new Unsolved Mysteries season will premiere on July 1, and will blend "signature elements from the original series with contemporary immersive, character-driven storytelling," according to People. "Alongside detectives and journalists, family members offer clues, present theories, and identify suspects, hoping one viewer holds the key to solving the mystery."

Over the course of the the first six episodes, the series will attempt to unravel everything from a 1969 UFO sighting in Massachusetts to the mysterious 2006 death of a newly-married man. The revival of Unsolved Mysteries will also go international, with an episode focusing on the disappearance of Count Xavier Dupont de Ligonnès after the death of his entire family. "It was a shock," a French woman tells the camera at one point in the trailer, about the mysterious crime. "I knew something terrible had happened."

Terry Dunn Meurer and John Cosgrove, who created the original series — and who have partnered with Stranger Things producers for the revival — told the outlet that just like the long-running crime series, Netflix's Unsolved Mysteries will also have its own tip line for viewers to share any information they have. However, instead of a 1-800 number for people to call, the end of every episode will direct fans to unsolved.com, where they can share any information they have with producers, and even law enforcement.

"We've staffed up to ensure that leads are quickly passed to the appropriate parties," the pair told People. Over the course of its original 15-season run, Unsolved Mysteries helped solve over 260 cases (one 30-year-old cold case was even cracked in 2019 thanks to the show), and the creators hope that the Netflix series will be able to help even more people find the answers they're searching for. "It's gratifying to know we’ve had an impact on people's lives," they said.

In addition to the show's infamous tip line, the Unsolved Mysteries revival will also bring back its famous theme song, which can be heard in the creepy clip. However, there will be one key difference: Netflix's version of Unsolved Mysteries will have no host, out of respect to the late Robert Stack, who hosted from 1988 until his death in 2002.

"In Robert's absence, we are letting the spirit and the strength of the stories carry the narrative," producer Shawn Levy said in a statement. "Above all, our aspiration was to make a new chapter worthy of his memory and of iconic contribution to this iconic series." Fans can see just how well the Unsolved Mysteries revival stacks up to the original — and attempt to crack a few cold cases along the way — when the first batch of episodes premiere on July 1.

More like this
Here’s Everything Coming To & Leaving Netflix In July
By Grace Wehniainen
The 'Hocus Pocus' Sequel Finally Has A Release Date & It Makes Total Sense
By Shannon Barbour and Radhika Menon
Move Over, 'Sunset'! The Drama-Filled Trailer For 'Selling The OC' Is Here
By Nola Ojomu
Bachelor Nation's Blake Horstmann Is Dating 'Love Is Blind' Star Giannina Gibelli
By Jake Viswanath and Radhika Menon
Get Even More From Bustle — Sign Up For The Newsletter