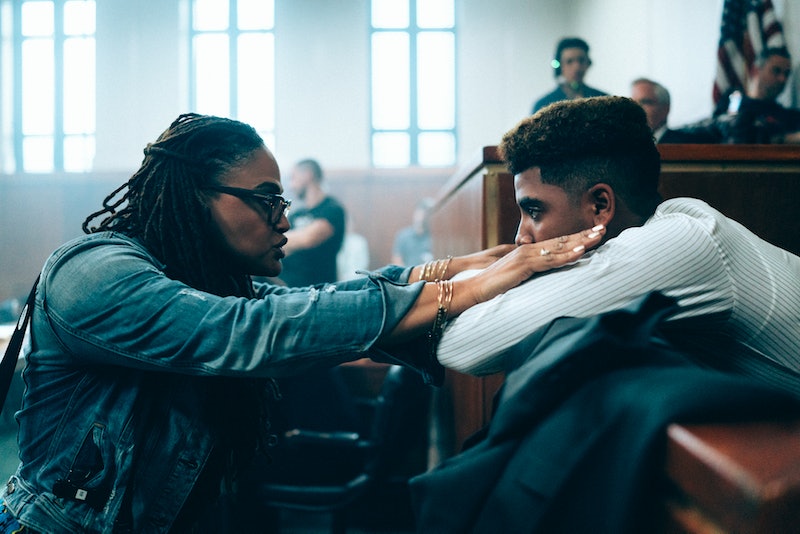 Though Ava DuVernay’s four-part miniseries about the Central Park Five — or the Exonerated Five, as she calls them — When They See Us, was only just released on Netflix on May 31, it has already gained a monumental audience. On Tuesday, June 25, DuVernay tweeted that the series had earned huge viewership numbers, with over 23 million Netflix accounts streaming When They See Us so far, proving far and away that black stories are wanted and necessary. Netflix also confirmed to Bustle that 23 million accounts worldwide had watched the series since it was released on May 31.

On Tuesday, DuVernay shared the numbers in an emotional tweet, writing, “Imagine believing the world doesn’t care about real stories of black people. It always made me sad." She went on to say that when Netflix shared the numbers with her, she was moved to tears. “I cried. Our stories matter and can move across the globe,” she wrote. “A new truth for a new day.”

DuVernay has always been a warrior for truth and the 23 million viewers of When They See Us have trusted her to tell it. More importantly, the falsely accused teenagers and exonerated men, Antron McCray, Kevin Richardson, Yusef Salaam, Raymond Santana, and Korey Wise, trusted her to tell their story. And that trust has clearly paid off.

According to The Hollywood Reporter, Netflix usually keeps viewership numbers close to the vest, but the site has released a few impressive streaming stats of high performers on occasion. When They See Us’ staggering 23 million views rivals the 25 million accounts that watched Our Planet. Other successful series include The Umbrella Academy, You, and Sex Education.

One thing that stands out from this statistic is that the accounts that have pressed play on When They See Us are from all over the world, proving that this story, which is based on true events unique, in some ways, to U.S. history, had universal appeal. Following DuVernay's tweet, Netflix UK & Ireland's official account tweeted that the series was "in the top two most-watched series on Netflix in the UK since it launched on 31 May — beaten only by Black Mirror." It has long been a myth that stories about black Americans don't do well overseas or internationally, but, as DuVernay pointed out in her original tweet, this series proves that long held belief wrong.

The Netflix UK & Ireland official account added in another tweet that they "honestly didn't expect such a reaction in the UK." They continued, writing, "The shock, disbelief, & anger audiences feel when hearing this story is not limited by geography. Important stories — and important truths — travel, when they have a platform." DuVernay retweeted the message, adding, "I love this feedback."

When They See Us has been available to stream on Netflix for less than a month, and it's already been played by 23 million accounts. And, given how much Netflix viewers love to rewatch the same titles over and over again, who knows how many views the series has accumulated by now. Onwards and upwards!