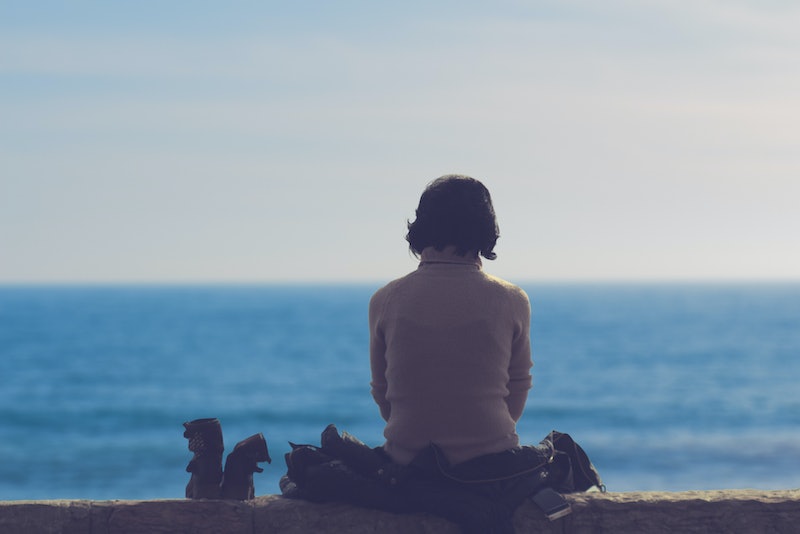 Despite common conceptions about PTSD only affecting certain groups of people, PTSD affects millions of people from all walks of life. How PTSD afflicts each person is as unique as they are, but one thing ties them all together: They experienced a traumatic event and continue to have fear responses. Therapy for PTSD focuses on reducing that fear, and thanks to a new study, researchers think they may have discovered the cluster of neurons involved in rewriting traumatic memories in the brain.

The study, published June 15 in the journal Science, comes out of the natural sciences university École Polytechnique Fédérale de Lausanne in Switzerland, with researchers focusing on how fearful memories are stored in the brain and how the fear stemming especially from long-lasting traumatic memories can be reduced. According to the study report, researcher Johannes Gräff and his team found that "a discrete subset of neurons within an ensemble is engaged during recall after memory attenuation, which correlated with fear reduction."

To put that in layperson language, as Rich Haridy writing for New Atlas explained, this research "brings neuroscience closer to answering the long-held question of whether therapy simply works to suppress fear-based memories or whether it actually helps rewrite those memories."

In a statement about the study from École Polytechnique Fédérale de Lausanne published on Science Daily, researchers expanded, saying that part of the ongoing debate about how to treat PTSD is because "we still don't understand exactly how neurons store memories in general."

And the researchers' findings from this study, "[a]lthough they don't exclude suppression [...] show for the first time the importance of rewriting in treating traumatic memories."

The neurons researchers focused on are located in the dentate gyrus, "an area of the hippocampus that is involved in the encoding, recall, and the reduction of fear," according to the École Polytechnique Fédérale de Lausanne's statement. They discovered the activity in these neurons by using genetically modified lab mice, which carry a gene that "produces an identifiable and measurable signal [...] following neuronal activity," allowing researchers to track this signal to the neurons that were lighting up during specific activities.

Over the course of the study, researchers put mice through fear-reducing training, "which resembles exposure-based therapy in humans," according to the university's statement. Exposure therapy is used to treat people with PTSD and other disorders by incrementally exposing them to items or scenarios they associate with trauma. But researchers were surprised to discover that even after the mice had undergone fear-reducing therapy, "some of the neurons active at recalling traumatic memories were still active when the animals no longer showed fear."

The statement added, "Importantly, the less the mice were scared, the more cells became reactivated," leading researchers to conclude that "the same population of neurons may be involved in storing and attenuating traumatic memories."

Using this research, neuroscientists could begin to better understand how to help people with traumatic memories, particularly people with long-term traumatic memories, begin to recover not by suppressing those memories, but by rewriting them on a neural level. According to the National Institute of Mental Health (NIMH), PTSD can be a daily struggle for people, and "words, objects, or situations that are reminders of the event can [...] trigger re-experiencing symptoms."

Other symptoms of PTSD can involve avoidance (for example, NIMH gives a situation where someone with traumatic memories from a car accident may completely avoid driving afterward), reactivity symptoms like lashing out at others and being on edge, and mood symptoms like losing interest in once-enjoyed hobbies, and feeling guilty or blaming oneself.

Though treatments available today can certainly help folks with PTSD, with further research focusing on these newly discovered neurons, those who live with traumatic memories may one day be able to more easily cope.