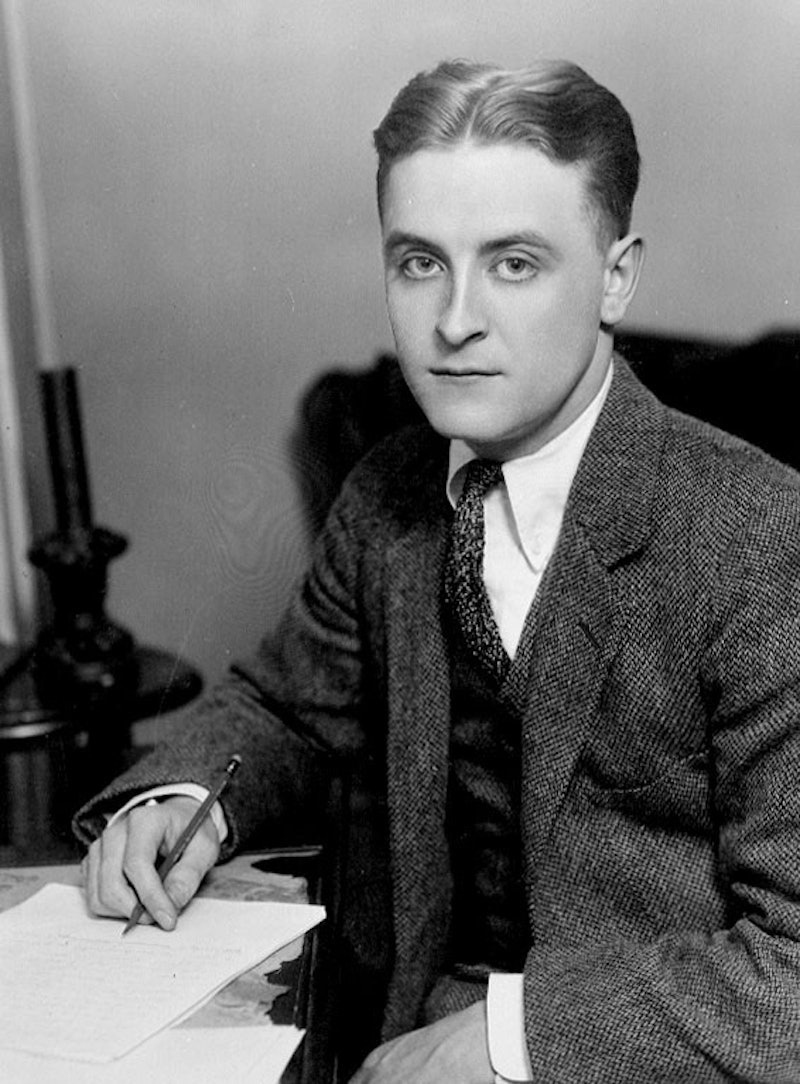 Ever since the news broke that we'd soon be getting a collection of previously unpublished stories by F. Scott Fitzgerald, we've pretty much been too excited to do anything else except re-read The Great Gatsby. We're still a month away from the release of the new book, which will be called I'd Die for You and Other Lost Stories — but the wait is well and truly coming to an end, as The New Yorker has just published the first never-seen-before F. Scott Fitzgerald story, "The I.O.U.". And wow, if the whole collection is as good as this one, then we're in for a real treat.

"The I.O.U." is a darkly funny piece about a publishing mix-up: the narrator is just about to publish a nonfiction book about a man communicating with his dead nephew in the spirit world, when he meets the nephew in question on a train. Awkward. The story was written nearly a century ago in 1920, but has never before seen the light of day. Publishers Simon & Schuster have explained that F. Scott Fitzgerald was adamant about standing by his work — and "rather than permit changes and sanitizing by his contemporary editors, Fitzgerald preferred to let his work remain unpublished, even at a time when he was in great need of money and review attention."

Now at last, we can appreciate "The I.O.U." exactly as Fitzgerald intended — and boy, is it worth the wait. Read it all at The New Yorker.