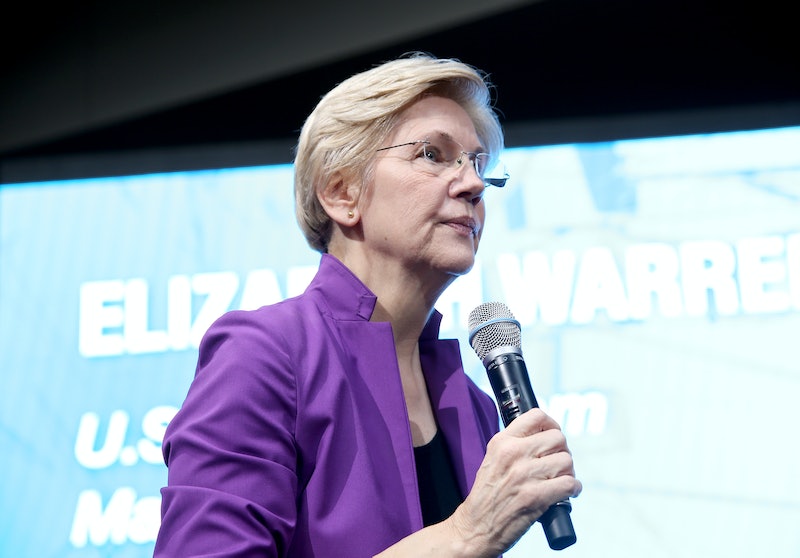 To say that Senator Majority Leader Mitch McConnell's decision to silence Elizabeth Warren backfired would be an understatement. During a debate over the nomination of Sen. Jeff Sessions to the position of attorney general, Senate Republicans voted to prevent Warren from speaking further. "She was warned," McConnell said, in a phrase that has since become infamous, "She was given an explanation. Nevertheless, she persisted."

The stated basis for the shutdown was a Senate rule that prevents one senator from impugning another. Warren was trying to read a letter from the late Coretta Scott King, wife of Dr. Martin Luther King, Jr., in which King criticized Sessions' conduct during his career in Alabama, saying that he worked "to chill the free exercise of the vote by black citizens."

Perhaps predictably, preventing Warren from reading the letter on the floor only increased Americans' attention. #LetLizSpeak and #ShePersisted trended on Twitter in the hours after she was shut down, and copies of King's letter were posted by many major media outlets. This attention was, of course, an excellent way for Warren and other Democrats to draw attention to their objections to Sessions.

Disturbingly, though, after McConnell shut down Warren, the Senate permitted four other senators to read the letter she was prohibited from reading. One key difference between Warren and the senators who were allowed to speak? They were all male.

One of these senators, Jeff Merkley of Oregon, took to Twitter to question why he and his male colleagues were allowed to speak and Warren wasn't.

In response to these questions, Senator McConnell's spokesman, David Popp, offered the following explanation to CNN:

To my knowledge, the other Dem speeches were not preceded by a prolonged disparagement of a colleague followed by warnings from the chair alerting the Senate to the ongoing disparagement so that an objection could be raised. Last night, Sen. Warren had been warned by the chair and continued to violate the rule anyway. I have not seen the others, but I understand that wasn't the case with their remarks.

While Warren was speaking on the Senate floor, Sen. Steve Daines, a Republican representing Montana, warned her about the Senate rule against impugning a fellow senator. However, the statement Daines mentioned as objectionable — that Sessions was "a disgrace to the Department of Justice" — was a quote from the late Sen. Ted Kennedy, in response to his unwillingness to vote for Sessions for a federal judgeship decades ago.

Given this context, I find Popp's argument for silencing Warren to be quite weak. Of course, Kennedy's statement would be germane to a discussion about Sessions' fitness for another federal office. Of course, both Kennedy's and King's words were relevant considerations for floor debate.

So why was Warren in particular silenced? Ultimately, I believe this is another case in which people interpret things differently when they're spoken by a woman. Enthusiasm becomes shrillness, criticism becomes lecture, and raising relevant, practical considerations like Warren did about Sessions is interpreted as a petty personal attack. In fact, a Yale study specifically conducted about senators found that women are "correct in assuming that they will incur backlash as a result of talking more than others." When Warren did so, she was silenced; her male colleagues were allowed to speak unimpeded.