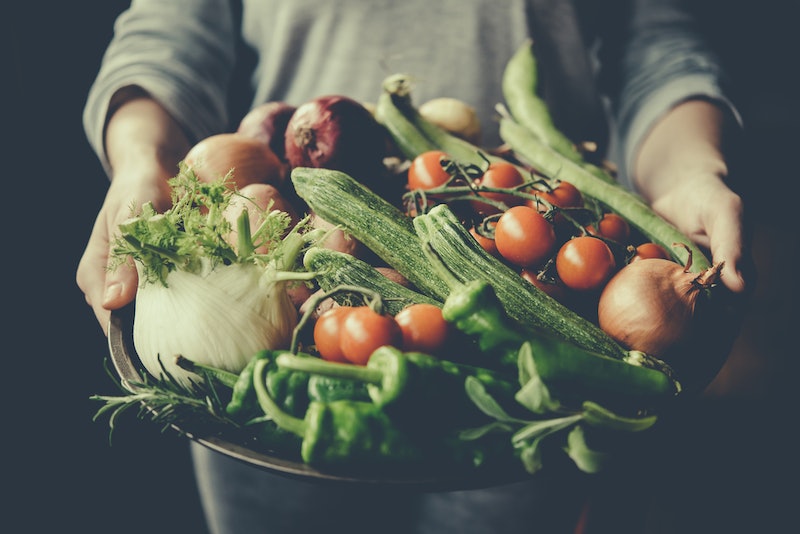 Was there anything better than playing outside and getting wonderfully, joyfully dirty as a kid? While it’s no secret that exposure to nature can give your overall well-being a boost, it turns out that actual dirt may have some significant healing properties. New anxiety research shows dirt — or rather, a specific bacterium found in dirt — could be helpful for managing the disorder.

University of Colorado, Boulder, researchers identified a bacterium that contains a kind of fat that has anti-inflammatory effects, according to a press release on the research, which was published in the journal Psychopharmacology. The bacterium, called Mycobacterium vaccae, may be a powerful stress-busting compound, and the study’s authors say it might be key when it comes to developing new anxiety treatments in the future. These potentially beneficial soil-based microorganisms may positively impact the immune system and mental health, while also helping to relieve stress, Genetic Engineering & Biotechnology News reports. These findings may even lead to the development of a new anti-anxiety vaccine in years to come.

“We think there is a special sauce driving the protective effects in this bacterium, and this fat is one of the main ingredients in that special sauce,” senior author and Integrative Physiology Professor Christopher Lowry said in the press release.

“The idea is that as humans have moved away from farms and an agricultural or hunter-gatherer existence into cities, we have lost contact with organisms that served to regulate our immune system and suppress inappropriate inflammation,” said Lowry. “That has put us at higher risk for inflammatory disease and stress-related psychiatric disorders.”

The study’s authors found that the way the fat in the bacterium interacts with immune cells is significant, according to the press release. When cells were exposed to this fat during research, they became more resilient against inflammation. This, of course, doesn't mean exposing yourself to extra dirt will affect your anxiety; this is just one study. But it does point to interesting ways anxiety may be treated in the future.

Moreover, these findings may show promise when it comes to treating PTSD, Genetic Engineering & Biotechnology News reports. Research suggests that inflammation may contribute to PTSD, and since people with PTSD are at an increased risk of developing autoimmune disorders, anti-inflammatory treatments that address how these health conditions intersect may pave the way for better health outcomes moving forward.

“This is just one strain of one species of one type of bacterium that is found in the soil but there are millions of other strains in soils,” Lowry said. “We are just beginning to see the tip of the iceberg in terms of identifying the mechanisms through which they have evolved to keep us healthy. It should inspire awe in all of us.”

In 1989, British scientist David Strachan coined the phrase "‘hygiene hypothesis," Genetic Engineering & Biotechnology News, meaning that lack of exposure to microorganisms may contribute to lowered immunity and increased inflammation, stress, and anxiety, as well as higher rates of allergies and asthma. While this study may lead to the development of new stress and anxiety-relieving treatments, more research is needed to fully understand how these microorganisms benefit your health. For now, if you do manage an anxiety disorder, it’s important to stick to your prescribed treatment plan. And self-care tools, such as meditation, exercise, and time spent outdoors, can be powerful when it comes to easing the stress response, too.