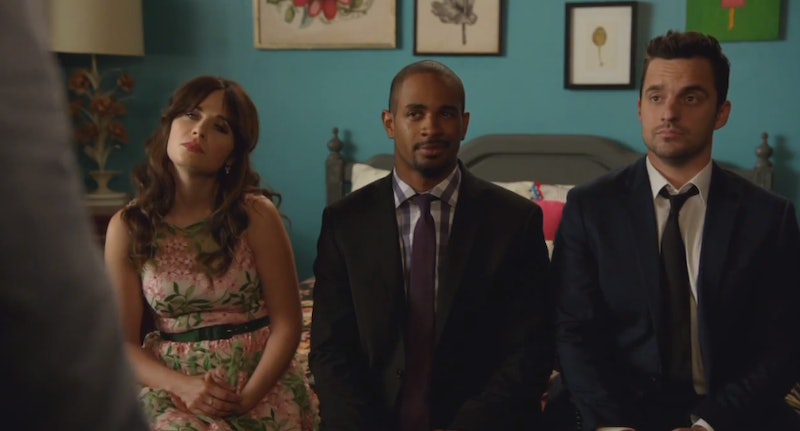 Last year found New Girl taking a long meandering into the nuances of Nick and Jess' romantic relationship. A season and a half total have been devoted mainly to the story of their getting-together and their breaking up — though now it seems clear that New Girl Season 4 has no interest in continuing down that line. Nope, we're back to the brass tacks of what New Girl was intended to be back in the first season: A group of single co-habitating friends making delightfully terrible decisions in their lives.

Add in the fact that we've got the continued presence of Damon Wayans Jr., and you can practically see creator Liz Meriwether jumping for joy and shouting "This! This is what I meant!"

Whether this season will be well-received is obviously yet to be seen, but for now it just seems like everyone involved — from the characters, to the writers, to me — just wants this to be fun again. When was the last time one of our New Girl roomies got to make out with a person who can be described with the phrases "she was wearing a hospital bracelet and carrying a dead goldfish in a bag" and "she looked like the snowman from Frozen"? I sense some good, dysfunctional times ahead.