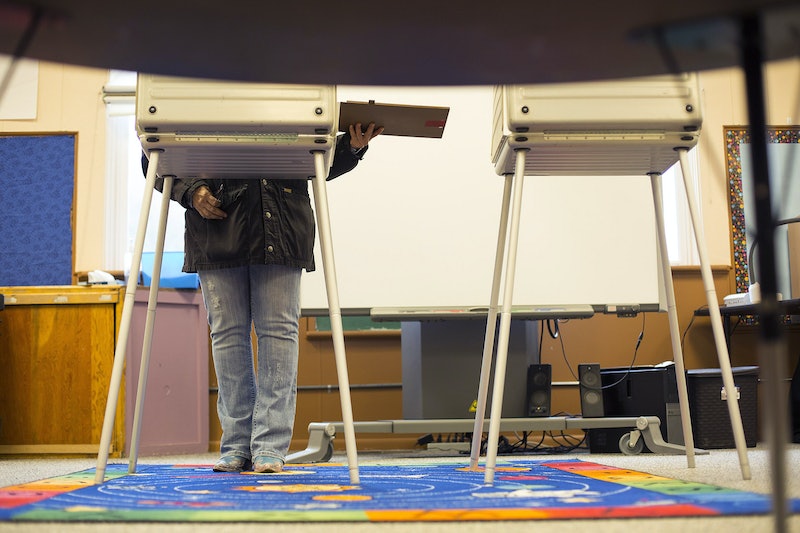 The two-party system in U.S. elections has been criticized since America's founders warned the nation about it. Yet, nearly 250 years later, two parties still command the country's politics. Now, a new House bill could finally change how congressional elections work in this increasingly polarized political climate.

The week prior to the Fourth Of July holiday weekend, Virginia Rep. Don Beyer introduced the Fair Representation Act to reform voter representation in Congress. Introduced by Rep. Don Beyer (D-Va.), and currently co-sponsored by Reps. Ro Khanna (D-Calif.) and Jamie Raskin (D-Md.), the bill would do away with gerrymandering and the winner-takes-all approach. All districts would establish ranked-choice voting, where voters can rank candidates in order of preference — so second and third choice ranking would have weighting, too. Independent redistricting commissions would also be in charge of drawing congressional districts, and states with six or more members in the House would turn single-member districts into multi-member districts. Electoral reform organizations Fair Vote and Third Way support the bill.

"The Fair Representation Act is designed to restore the faith which so many Americans have lost in our political system," Beyer said in a press release. "This bill would ensure that every voter has their voice represented in Congress, and make real progress towards bipartisan focus on getting results for the American people."

The ranked-choice voting system aims to make representation more proportional to voter preferences. Currently, the winner-takes-all-system gives only Democrats and Republicans a realistic chance of winning, sometimes even if they have less than the majority of votes. As a result, third-party candidates are oftentimes considered "wasted votes." This can encourage candidates to run only in these two parties and talk only to the party's core base, leaving out centrists, party moderates, and people who hold cross-party stances that fall outside the typical left-right political spectrum.

In ranked-choice voting situations where people vote for one candidate, such as for governor, a candidate can win with support from second and even third choices. If no one receives more than 50 percent of the vote in the first round, the candidate with the fewest votes would be eliminated. In the second round, voters who chose the eliminated candidate would have their second-choice votes added. This process would continue until one candidate reaches the majority of votes.

As of now, 10 U.S. cities have adopted this system for local officials and in 2016, voters in Maine approved a proposal to allow ranked-choice voting for elections for governor, U.S. Senate, U.S. House, and state legislature. However, the Maine Supreme Judicial Court found parts of the voter-approved law in need of revision.

Another part of the Fair Representation Act targets partisan gerrymandering, where party leaders re-draw district lines to boost their chances of victory, as demonstrated in this handy visual:

Re-drawing districts can turn a majority into a minority, which allows lawmakers to essentially cherrypick votes. The House bill, however, would give the power of redistricting to independent commissions that could draw district maps based on set criteria that maximize citizen participation.

In order for the Fair Representation Act to move forward, the two-party members of Congress would have to put aside partisanship to approve the bill — even if it works against their individual gain.