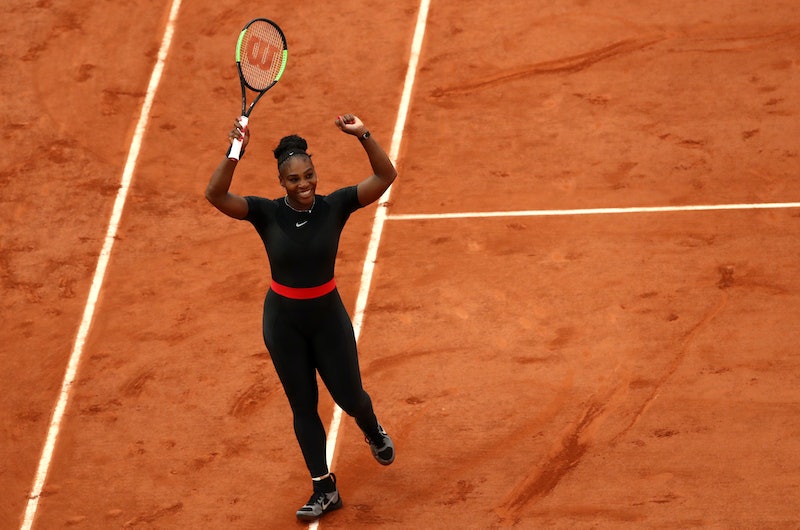 Big changes are coming to women's tennis that will make it easier to return to the sport after pregnancy. The Women's Tennis Association (WTA) updated its rules for new moms, which will ease the path for players coming back from maternity leave. Their seeding in WTA Tour tournaments has been clarified, and they will now receive a special ranking for three years. Another rule change explicitly allows players to wear leggings, with or without a skirt.

The new rules "are designed to fully support players in their return to competition, while maintaining the highest standards of athletic competition and fairness," the group's CEO and chairman, Steve Simon, told the Associated Press.

These changes come in the wake of Serena Williams’ return to the court, and the controversy over one tennis official's comments about her French Open catsuit. Both instances caused tennis officials to improvise over the past year, as the rules were previously unclear. Williams, despite having given birth just months before, made it to the finals at the United States Open and Wimbledon.

Player Victoria Azarenka, who gave birth in 2016, also faced difficulties returning to the sport. She said the move will help the WTA become the "most progressive and inclusive association in sports." She's on the WTA Players’ Council and commented on the changes in a statement given to The New York Times.

"This is a really good first step, and we are using it as a base to continue to look for ways to improve and highlight the importance of mothers working and being on tour," Azarenka said in the statement.

The former rules treated pregnancy the same way it treated any injury or health problem, be it a sprained ankle or cancer. The player would have to be off the court at least six months and return within three years. Then she would have a special ranking in eight tournaments that had to be used within the year.

Now, in the case of pregnancy, the special ranking can be used over the course of three years. If a player becomes a mother through adoption, surrogacy, or legal guardianship, it must be used within two years.

The new rules also clear up who the players with a special ranking will play against at tournaments — assuming they rank high enough. They now will play a "non-seed" in the first round and won't bump any other players to do so.

As for the dress code, the new rules ensure players "are not penalized or prohibited from wearing leggings or compression shorts without a skirt, dress or shorts over them." Before outfits like Williams' weren't explicitly banned but officials had regularly required skirts over leggings and other tight pants. Williams has said she wore the outfit to prevent blood clots.

The rules, particularly those around maternity leave, could reach far beyond the realm of the sport. Azarenka told the Australian Associated Press that she thinks the changes could fight harmful stereotypes women face about raising families while advancing in their careers.

"I hope we broke the stereotype that, if you have a kid, it should stop your career and I hope that it's not going to be the case just for tennis, but all the sports and other jobs so that women can have their own dreams and own careers while having a family," Azarenka told the news agency.