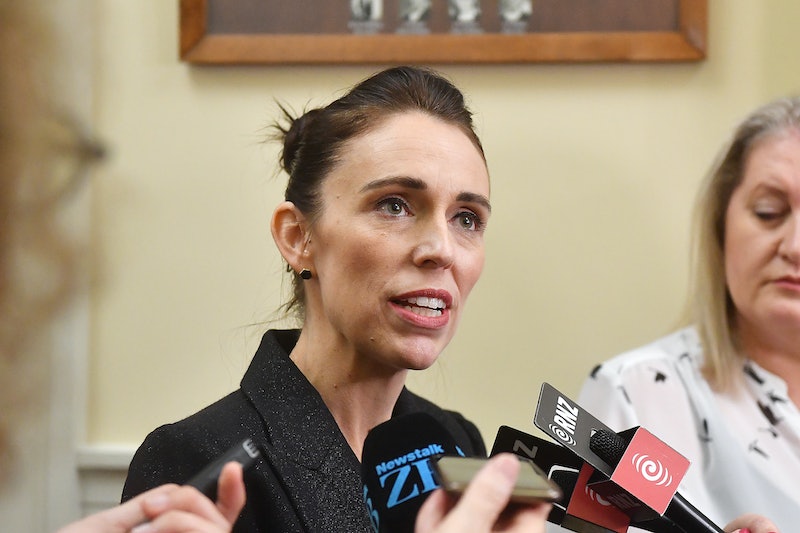 "On 15 March, our history changed forever. Now, our laws will, too," Ardern declared, according to The Washington Post. "We are announcing action today on behalf of all New Zealanders to strengthen our gun laws and make our country a safer place."

The Christchurch gunman used AR-15s, the same semi-automatic rifles that were used in the recent mass shootings in Parkland, Florida and Pittsburgh, Pennsylvania. The National Rifle Association has called the AR-15 "America's most popular rifle."

Gun ownership is embedded in New Zealand culture, and some advocates say the country's firearm laws have been too lax. New Zealanders are allowed to own guns beginning at age 16, and can purchase semi-automatic rifles when they turn 18, per The Washington Post. Around a quarter of a million people in the country currently own semi-automatic weapons.

These owners will now be forced to get rid of their firearms under the new law. The government will first offer buyback options, but after an initial buyback period ends, people who still own semi-automatic rifles will face jail time or a $2,700 fine.

Though the ban announced by Ardern was immediate, according to The Guardian, the legislation is still in the process of being drafted. It's set to be finished and put to a vote before Parliament at the beginning of April. Police stations will then be instructed to set up safe gun drop stations where New Zealanders can hand in their weapons, according to CNN.

Police Minister Stuart Nash said the measure will allow "narrow exemptions" for some people — including police and pest control workers — to keep their semi-automatic rifles. Nash also announced that law enforcement would be working to prevent citizens from stockpiling weapons before the ban takes effect; reports have indicated that there's been particularly high demand for AR-15s in the country since the shooting.

New Zealand officials pointed to their neighbor's example to advocate for the new measure. After a 1996 mass shooting left 35 dead in Australia, the country banned almost all automatic and semi-automatic weapons. Gun-related deaths steeply declined in the aftermath, according to The New York Times.

New Zealanders own nearly twice the amount of guns as Australians now. According to the Australian Broadcasting Corporation, there is approximately one weapon per four people in New Zealand compared to one for every eight in Australia. Both of those figures pale in comparison to U.S. gun ownership, though: There are about 1.2 guns per person in circulation in the United States.

The United States used to have an assault weapons ban in place that was passed in 1994 and remained on the books for a decade. But it was seen by some as ineffective, and was criticized for having many loopholes, according to The Washington Post.

Spurred by New Zealand's example, some U.S. politicians are renewing their calls for another assault weapons ban. Presidential hopeful Bernie Sanders praised New Zealand's new law on Wednesday, tweeting, "This is what real action to stop gun violence looks like."