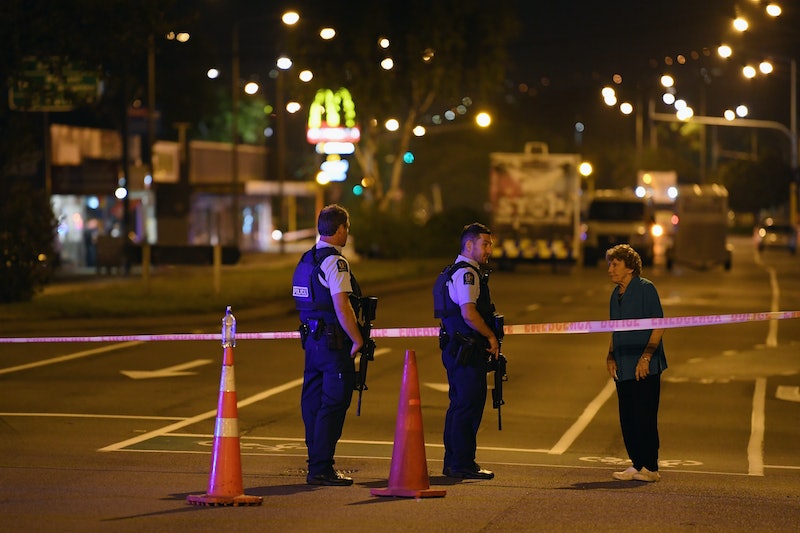 At least 49 people were killed and dozens more were injured in mass shootings at mosques in Christchurch, New Zealand on Friday. In the aftermath of the shootings, which have since been designated as terrorist attacks, New Zealand's police commissioner has urged mosques across the country to temporarily close their doors.

The attacks on Al Noor Mosque and Linwood Mosque appeared to have been "very well planned," New Zealand Police Commissioner Mike Bush said in a press conference late Friday, as quoted by CNN. According to police, a number of firearms were recovered from both crime scenes, and at least two explosive devices were found attached to a car nearby. Authorities said those explosive devices have since been defused.

Police said they had taken three people into custody in connection with the shootings, including one 28-year-old man who was charged with murder. According to The Guardian, both New Zealand authorities and Australian Prime Minister Scott Morrison have confirmed that at least one of the suspected shooters is an Australian citizen.

New Zealand Prime Minister Jacinda Ardern declared the shootings to be a terrorist attack in a televised press conference Friday. "It is clear now that this can only be described as a terrorist attack," Ardern said. She described the four suspects in police custody as people with "extremist views," and said the country had been targeted because of its commitment to diversity and tolerance.

According to The Guardian, social media networks like Facebook, Twitter, and YouTube have been struggling to keep footage of the shootings — one of which may have reportedly been live-streamed by one of the gunmen — offline in the aftermath of the attacks. In a statement to CNN, Facebook said it was also working to remove "any praise or support for the crime and the shooter or shooters" from its platform.

The message board known as 8chan has also come under scrutiny. A user believed to be one of the alleged Christchurch gunmen used the online forum to announce his intention to attack the mosques as well as share links to a white-nationalist manifesto, according to The New York Times.

In the aftermath of Friday's attack, countries around the world have moved to increase security around various places of worship. In Los Angeles, California, for example, authorities said additional patrols would be organized around the communities' mosques.

"While this attack appears to be an isolated incident with no nexus to LA, out of an abundance of caution we're providing extra patrols around mosques," the Los Angeles Police Department tweeted Friday.

As New Zealanders grappled with the deadly shootings, President Donald Trump offered his "best wishes" on Twitter. "My warmest sympathy and best wishes goes out to the people of New Zealand after the horrible massacre in the Mosques," he tweeted. "[Forty-nine] innocent people have so senselessly died, with so many more seriously injured. The U.S. stands by New Zealand for anything we can do. God bless all!"