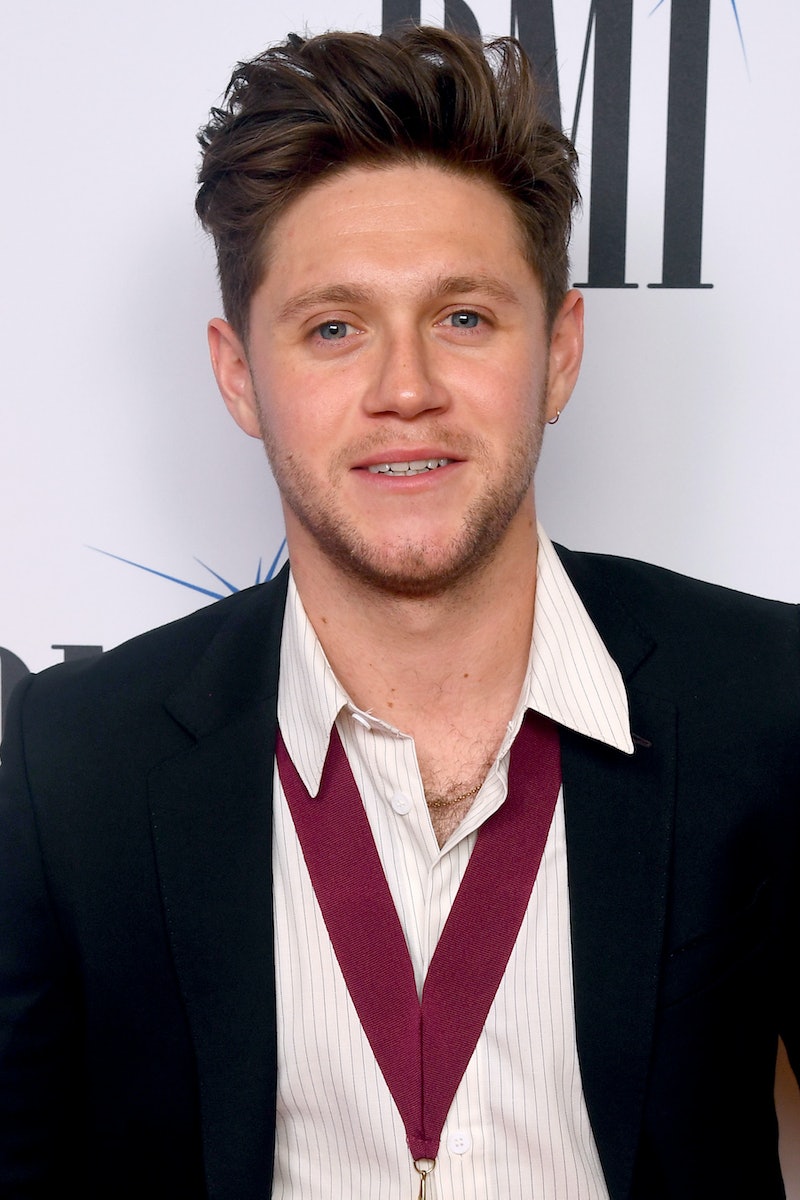 To paraphrase the lyrics of "Nice to Meet Ya," Niall Horan would like to treat you to a concert in the spring of 2020. On Wednesday, Horan announced a North American tour, revealing he's hitting the road in the U.S. and Canada beginning in April of next year. And fans of the former One Direction singer won't have to wait long to get a spot in the crowd; tickets for Horan's North American tour dates go on sale next Friday, Nov. 8.

"This is so exciting!! I’m going back on the road and this time I’m going with my best friend in the whole wide world Lewis Capaldi and the beautiful Fletcher," Horan tweeted while unveiling 17 tour dates with stops ranging from Nashville to Toronto to Chicago. So far, Horan hasn't announced any plans to expand the Nice to Meet Ya Tour beyond North America, but Horan did update his Twitter post to let fans know there are "more dates to come soon."

While the tour is to support Horan's second solo album, the poster for the Nice to Meet Ya Tour is all about the singer's friendship with Capaldi. The pair have been incredibly open about their bond recently, as Capaldi's song "Someone You Loved" has risen up the charts.

During a Friendship Test for Glamour earlier this month, Horan explained he reached out to Capaldi after hearing one of his songs online and told him, "Love your voice, think you're funny, do you want to play a show tomorrow?'" They first met up on St. Patrick's Day, got "very drunk," and then played shows the next day.

While they're known to joke around in interviews and on social media, Capaldi did tell the outlet he's appreciated all of Horan's support over the years. "All joking aside, I'm a big fan of his and I have been for a long time," the Scottish singer said. "Before any of my music was doing f*ck all, he was one of the first to reach out and say he loved my music and that meant a lot to me." In response, Horan said that Capaldi was "the funniest person I've ever met" and he's "so proud" of him.

According to iHeartRadio, the pair even took their friendship into the studio and collaborated on a song. "We’ve written together," Horan said, clarifying that Capaldi is "one of the very few artists" he's ever written with. While Horan hasn't revealed if that collaboration will appear on his upcoming album, the singer has dropped a few hints about what fans can expect from his new music. "I’m laying here listening to songs from my new record and I’m so excited to get going. Can’t wait for you to hear the fun I’ve been having over the last year," Horan wrote on Twitter in early September. He also revealed that a lot of the songs were inspired by his Flicker World Tour, where he would watch fans and "get an insight into what kinds of things get people dancing, what makes them sad and everything in between."

Whether or not Horan and Capaldi release their collaboration any time soon, at least fans can get a glimpse of their friendship IRL on Horan's upcoming tour.

More like this
The Ticketmaster Senate Hearing & Taylor Swift Tickets Debacle, Explained
By Jake Viswanath
Madonna Already Added 14 Dates Her Greatest Hits Tour Due To High Demand For Tickets
By Jake Viswanath
Lewis Capaldi Is “Really Sorry” After Pre-Sale Ticket Fiasco Guts Fans
By El Hunt
Cruz Beckham Teased New Music With An Adorable Nod To Mom Victoria Beckham
By Stephanie Topacio Long
Get Even More From Bustle — Sign Up For The Newsletter
From hair trends to relationship advice, our daily newsletter has everything you need to sound like a person who’s on TikTok, even if you aren’t.