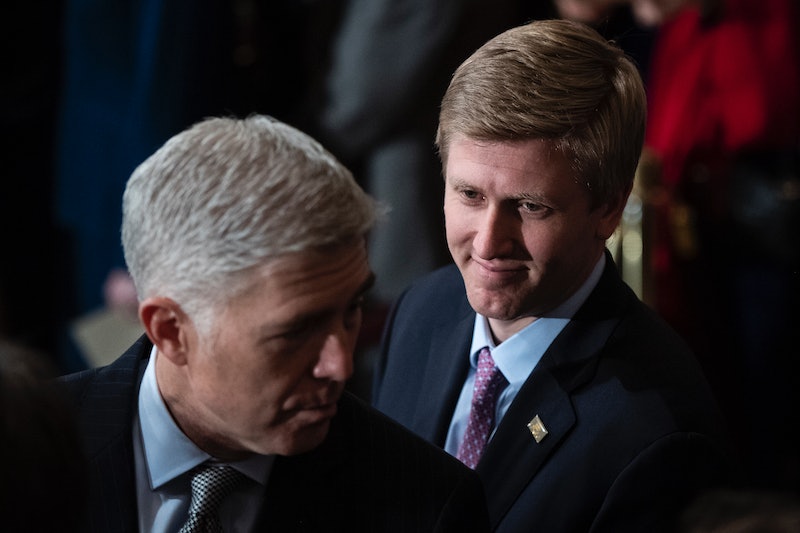 The position of White House chief of staff is one of those positions in Washington that manages to be high-powered and influential, and yet also generally allows the person serving in it to remain out of the spotlight, at least to some degree. The Trump administration is a little different in that regard, as current White House chief of staff John Kelly has turned up in the news quite a bit. Another peculiarity of this administration is that Mike Pence's current chief of staff Nick Ayers has resigned from the White House rather than accept the position as Kelly's replacement.

After President Donald Trump publicly announced that Kelly wouldn't be keeping his post past the end of the year, the Washington Post reported that Ayers was Trump's top candidate to fill Kelly's empty spot as the new White House chief of staff. Soon after, the Wall Street Journal reported that Ayers wouldn't take the job because of a disagreement over how long he should serve; Trump wanted someone to stay through 2020, but Ayers has a young family and didn't want to commit for that long. According to the Post, though, Ayers also had concerns about serving as Trump's chief of staff after watching the way Trump's public relationship with both Kelly and his first chief of staff, Reince Priebus, deteriorated so markedly. Trump countered these reports in a tweet after Ayers announced his resignation, and Bustle reached out to the White House for comment.

Ayers tweeted the announcement of his resignation, making it clear he wasn't breaking with the administration or its values in his decision to leave the White House.

"Thank you @realDonaldTrump, @VP, and my great colleagues for the honor to serve our Nation at The White House," Ayers tweeted on Sunday. "I will be departing at the end of the year but will work with the #MAGA team to advance the cause."

Trump responded to Ayers' announcement and the media's suggestion that Ayers had been his top choice with a tweet denying that suggestion but still supporting Ayers.

"I am in the process of interviewing some really great people for the position of White House Chief of Staff," Trump tweeted on Sunday. "Fake News has been saying with certainty it was Nick Ayers, a spectacular person who will always be with our #MAGA agenda. I will be making a decision soon!"

One of Ayers' main draws for Trump was reportedly the loyalty he had expressed toward the president. He wasn't without fault as a potential chief of staff, though, as he wasn't popular with everyone in the administration and had turned out to be quite divisive in his work at the White House, according to the Huffington Post.

Ayers turning down the post, then, could make things more difficult for Trump. The New York Times reported he hadn't even considered anyone else until Ayers pulled himself out of contention. The position is generally considered to be a jumping off point for future success in politics, making it a valuable post for an ambitious young political operative like Ayers. As the Guardian wrote, though, the unique challenges that serving as Trump's chief of staff presents — that is, simultaneously managing both the White House and the president — have likely made Trump's search for a replacement more difficult.