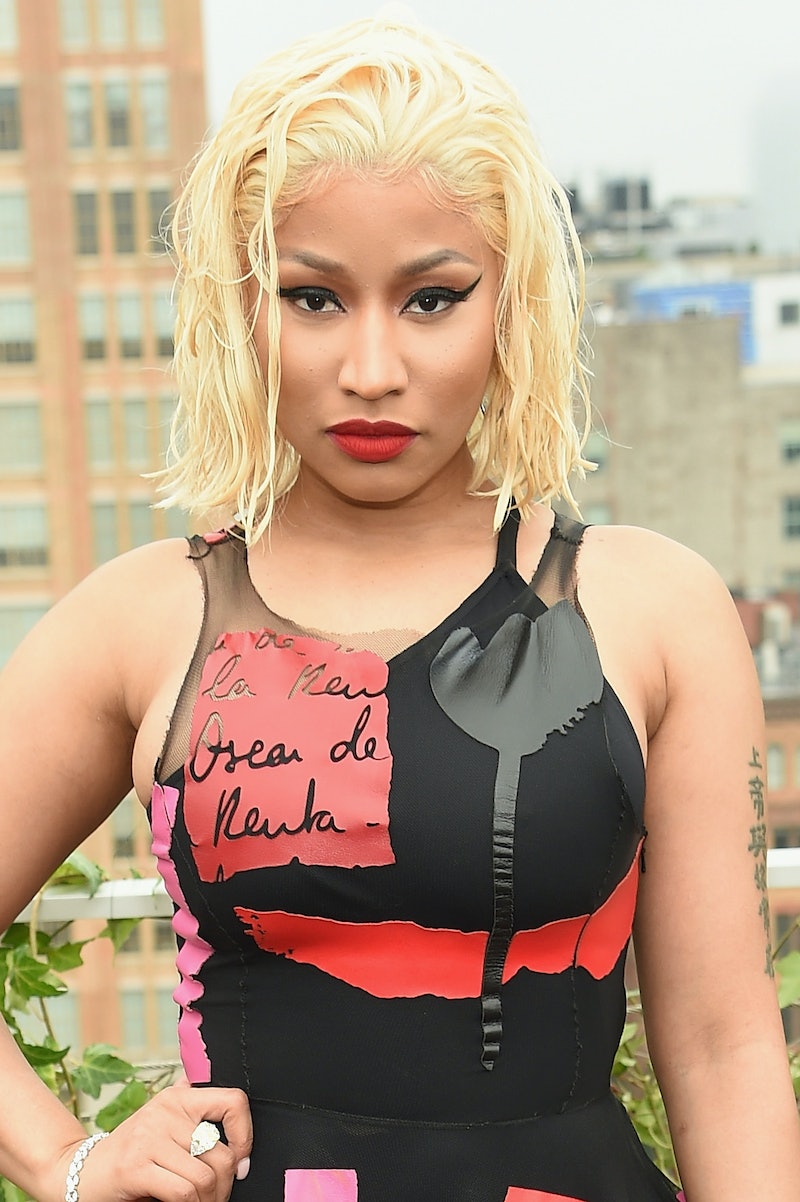 It seems congratulations are in order for Nicki Minaj — aka Mrs. Petty — because reports suggest she and Kenneth Petty have secretly tied the knot. According to a video the rapper shared on Instagram, Minaj and Petty got married on Monday night. And as long as she's not trying to pull one over on her fans, it looks like this could be the real deal.

In the video, Minaj showed off an array of wedding-themed items, including bride and groom coffee mugs and hats. In her caption, she kept it short and sweet: "Onika Tanya Maraj-Petty 10•21•19." Bustle has reached out to a representative for Minaj, but did not receive an immediate response.

Although Minaj has yet to mention the apparent nuptials on Twitter, she has changed her name to Mrs. Petty on the social networking site — another clue. So far, she has yet to share any more details about the wedding or marriage, but hopefully, that's coming.

Since Minaj enjoys messing around with fans — like when she teased a surprise album drop that never happened in 2016, or when she recently joked she had recorded a song with Adele. But, from everything she's posted on Instagram, it certainly seems like she and Petty actually did get married, especially since walking down the aisle with him is something she's spoken about before.

In an interview with Entertainment Tonight last week, Minaj opened up about their wedding, saying that she was planning a big event later. First, however, she just wanted to be married. "We got the marriage license, now I just have to wait until my pastor that I love comes and does it for us," she said at the time. Adding more fuel to the fire, Minaj had previously said that she had picked up and renewed their marriage license. On an Aug. 12 broadcast of her Queen Radio show, the rapper told fans that she'd be married in "about 80 days."

Minaj and Petty first took their relationship public last December, when he made his first appearance on her Instagram. Since then, Minaj has been open about sharing their relationship on social media, and he can frequently be spotted on her Instagram feed. Petty also appeared in her "Megatron" music video, which dropped in June. And she's been teasing their seemingly inevitable union since the summer.

Although it's still totally possible that Minaj is pranking her fans with her wedding, it seems like she and Petty truly did tie the knot.