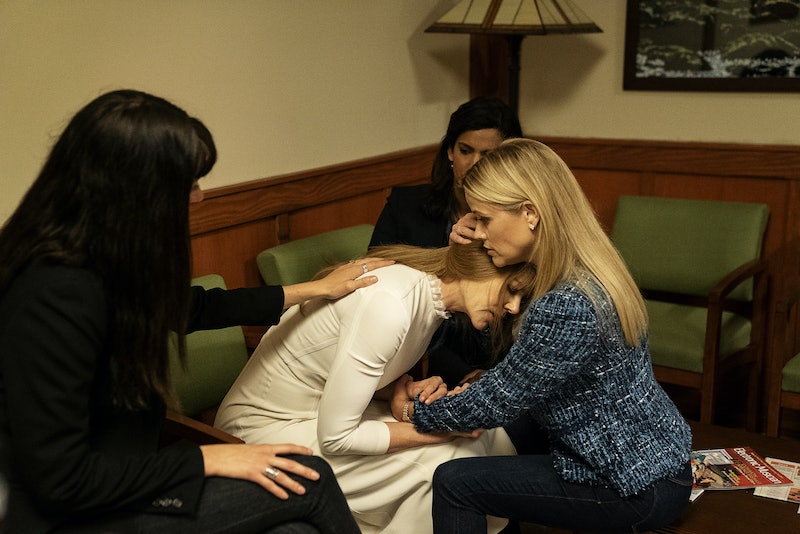 One week following the Season 2 finale of Big Little Lies, Reese Witherspoon and Nicole Kidman commented on the Andrea Arnold drama during a new interview with Entertainment Weekly. A July 12 report from IndieWire claimed that Season 2 director Arnold had creative control taken away from her. In EW's wide-ranging interview, Witherspoon and Kidman shared their thoughts on the rumors while continuing to show support for the show's leadership.

Witherspoon told the publication, "In our minds, there is no controversy. We just love the show. We had such a great time doing it. There was a lot of misinformation and no credited sources on any of the information. This was an incredibly collaborative process for all of us and the idea that anyone was mistreated and not communicated with is completely not true."

In the initial report, IndieWire claimed that there was a behind-the-scenes power struggle that ultimately led to Arnold losing creative control. Additionally, the outlet reported that Season 1 director Jean-Marc Vallée was brought in for edits and re-shoots when Arnold reportedly believed she would have the final edit on the season. The report pointed to the increased number of editors on Season 2 to support the claims.

On the day following the report's release, HBO released a response that stated, "We at HBO and the producers are extremely proud of [Arnold's] work. As with any television project, the executive producers work collaboratively on the series and we think the final product speaks for itself." In attempt to further clarify the unconfirmed rumors, HBO programming president Casey Bloys commented on the matter during this week's Television Critics Association tour, as well.

"There's a lot of misinformation around that subject," Bloys said, per Deadline. "To clarify a couple of things. There would not be a second season without Andrea. We’re indebted to her. She got an extraordinary performance out of the cast. As anyone who works in TV knows, the director doesn’t have final creative control. That creative control was taken from a director is a false premise."

As if that message wasn't clear enough, Kidman and Witherspoon echoed it with their appreciation for Arnold's work and the show as a whole. "I was glad that Casey spoke so clearly about that and we are thrilled with the collaboration that yielded this season. It could have never been this show had it not been with these particular artists collaborating on this particular material," Witherspoon told EW.

"There was definitely the relationship between each actress and Andrea, and then each actress and David. They were very much involved in the arcs of their characters and how to make their characters’ shape. It’s seven hours and most of these situations, you don’t have one person directing all seven hours. David E. Kelley is the creator and I would say Jean-Marc is the heartbeat, and Andrea came into season 2 and brought the most tender, beautiful care and warmth to us as women."

Arnold hasn't spoken about her experience working on Big Little Lies since the report was released. However, at least from Kidman and Witherspoon's point of view, it seems Season 2 was a positive experience for the stars.