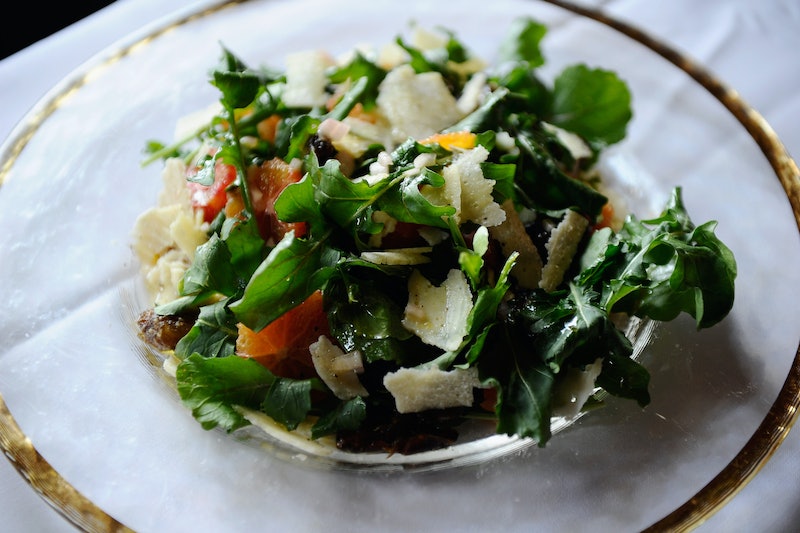 For anyone with food allergies, eating out can be a hassle, from finding a restaurant to check out to figuring out what to order once you get there. Nima, a company that makes a portable food allergy sensor, already was trying to help people figure out if their food contained allergens, and now, it wants to help with that initial struggle of locating somewhere to go. As reported by Food & Wine, Nima now has a food allergy restaurant map in an attempt to help those with allergies find businesses that are suitable for them.

The map will locate restaurants that have peanut-free and gluten-free menu items. According to Nima's announcement, the company tested dishes for the presence of gluten and peanuts at 100 chain restaurants. "Chains often have the same menu, use the same ingredients and prepare food following the same protocols," Nima explains. "Having an idea of what dishes have tested gluten-free at one chain location can provide extra information on where to start at the location near you." The test resulted in 250,000 restaurant locations worldwide being added to the map — because if dishes at one location passed the test, it was assumed that other restaurants in the chain would also pass — and 3 million dishes getting labeled as "Nima-tested."

The tests do not account for any cross-contamination, and are really more of a starting point for finding restaurants that have gluten and peanut-free options. Nima co-founder Shireen Yates said in the announcement, "Nima is not designed to replace any of the precautions people with food allergies or sensitivities are already taking at mealtime. Our program is designed to provide one additional data point that when someone does a search, they will get Nima-tested results, regardless of where they are located." The website notes that those with food allergies should still "practice due diligence, talk to servers and keep an EpiPen on-hand for emergencies."

As noted by Food & Wine, the map also includes reviews from Nima users in which they can include which foods they tested and what the result was. Again, this should just be used as a suggestion, much like one would use any restaurant review service. Sure, a reviewer can say the spaghetti's delicious or the taco salad is gluten-free, but they're still a random person on the internet.

As for what Nima was up to before this, the company makes food allergy sensors that users can carry around with them to restaurants to test their meals. The peanut and gluten sensors are sold separately, and each one costs $204. According to Nima, to test food, "Just place a small amount of food in one of the disposable test capsules, insert the capsule into the sensor, push a button, wait a few minutes, and see the result!" (Like the map feature, Nima doesn't replace using other precautions if you are allergic to gluten or peanuts, and do your research before using one.) There is also an app that syncs to the sensor on which users can track their results and share them with each other. The app also includes reviews for packaged foods.

If you want to try Nima's map search feature and see what tested options are near you, it can be on the company's homepage here.