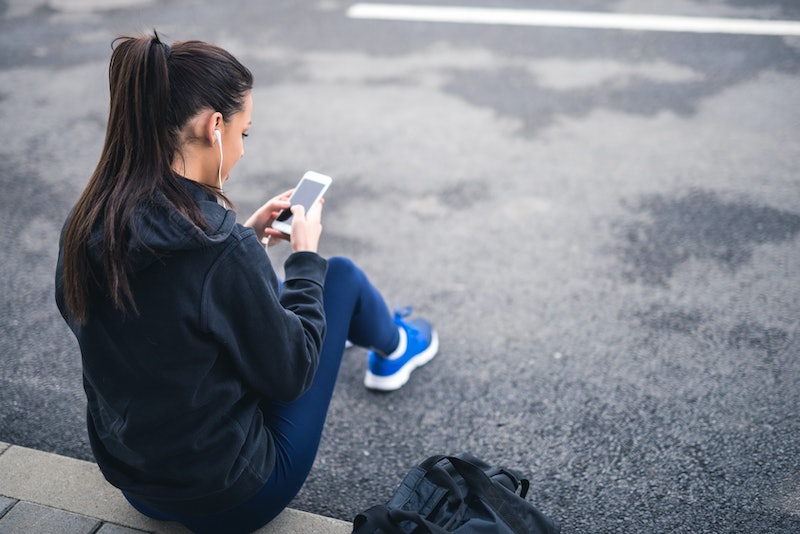 The reason why hitting the couch and marathoning Netflix is so dang compelling might actually be wired into the brain. As it turns out, a new study says that humans might have some very natural tendencies towards, well, laziness. Or, as I like to think of it, people love coziness and chilling out — if you’d rather frame it that way. A new study published in the journal Current Biology says not wanting to exercise may be hard-wired in the brain, and it takes some strategy to keep that wiring from undermining all your good intentions when it comes to getting your workouts in.

To find out what might be causing this common disconnect, researchers first reviewed previous research that showed that participants genuinely wanted to exercise. In order to better understand why committing to regular exercise can be such a challenge, however, researchers conducted a small study with 29 healthy young men and women and found that, even though participants said that they wanted to be active, only a few of them were on a regular basis.

TIME notes that the tendency towards sitting and relaxing might date back to earlier eras when people needed to conserve energy at specific times — like if a hunt was on for the next day, for instance. TIME also reports that human bodies tend to choose the easiest and most efficient movements possible at a give time, which can interfere with plans for more intense forms of exercise.

Study co-author Max Donelan, a professor of biomedical physiology and kinesiology at Simon Fraser University in Canada told TIME that the nervous system might be wired to keep calories burned to a minimum, since fewer calories burned at key times meant that people were better able to handle seasonal food shortages at earlier evolutionary stages. “The nervous system is capable of doing this energy optimization and does it below your level of consciousness to such a fine degree … This is the first real strong evidence that the nervous system even has the ability to do that.”

If you struggle to work out, it’s not just you — it’s a common problem that stems back to an earlier evolutionary era.

Moreover, according to the study, “additional cortical resources were required to counteract an attraction to sedentary behaviors.” Meaning that it takes a bit of brain training to overcome these automatic processes in the brain and body if you want to get that workout in on the regular. So, if you struggle to work out, it’s not just you — it’s a common problem that stems back to an earlier evolutionary era when people’s lives and needs were dramatically different. And further research is needed to expand upon the current findings. That said, knowing that your brain and nervous system might make it a bit harder to get started when you’re first committing to an exercise schedule, you can still make a conscious choice to get that time in and move.