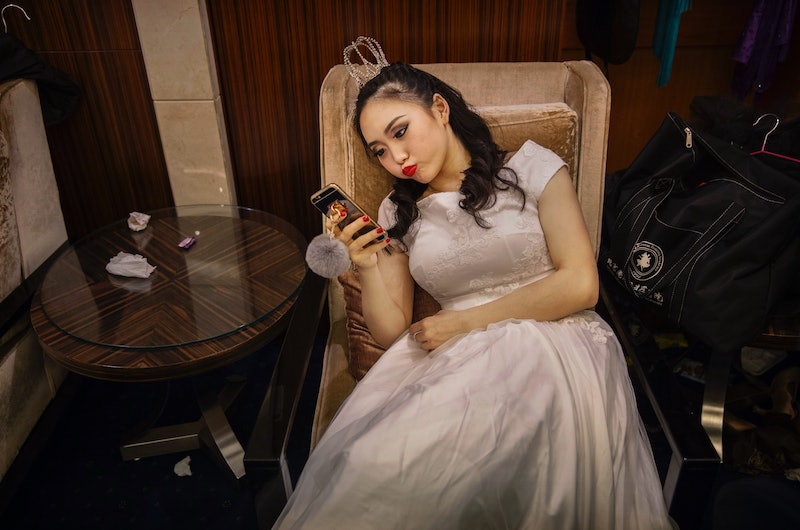 When the social media campaign Women Against Feminism first sprung up in 2014 only one thing was able to properly expose the absurdity of the group's message – the parody Twitter account @NoToFeminism. And while @NoToFeminism certainly isn't a Twitter newb, the satire account may be needed now in 2017 more than it ever was before.

While others responded to Women Against Feminism with fiery debate over feminisms' necessity, Shaw said she "knew that once people had reached this stage of vocal anti-feminism, attempts at serious discussion and debate would probably have no impact except to potentially reinforce their beliefs." But still she had to do something, if only to make herself feel a tiny bit better about the situation. And so the @NoToFeminism Twitter account was born.

"I expected to do a few tweets, have no response and give up, as I always do if I'm not great at something straight away," Shaw wrote. Except she was great and the response was almost immediate. Through the account Shaw tweets satirical gems such as: "I don't need femimssm, a day for women?? What next, a WEEK? A MONTH? Women being respected and appreciated EVERY day?? #scare #slipperyslope" and "I don't need femimis women are far too emotional to be President!! A President need to be calm and normal. Like Donald Trump #calm #soothing."

Since its creation, tweets from the @NoToFeminism account – in which you may have noticed Shaw makes it a point to misspell the word feminism – have been compiled into a book. Along with a book deal @NoToFeminism has attracted some high-profile followers, including Counselor To The President Kellyanne Conway.

Unlike other parody accounts that burn out after a few months, @NoToFeminism's sarcastic humor has thrived for more than two years. And although it's impossible to know exactly why the @NoToFeminism Twitter account has resonated with so many people – it has more than 115,000 followers – Shaw has a theory. "Because there is so much serious discussion and discourse around feminism, it's a relief to be able to make dumb jokes or be silly and laugh about things, while still making a point," Shaw wrote.