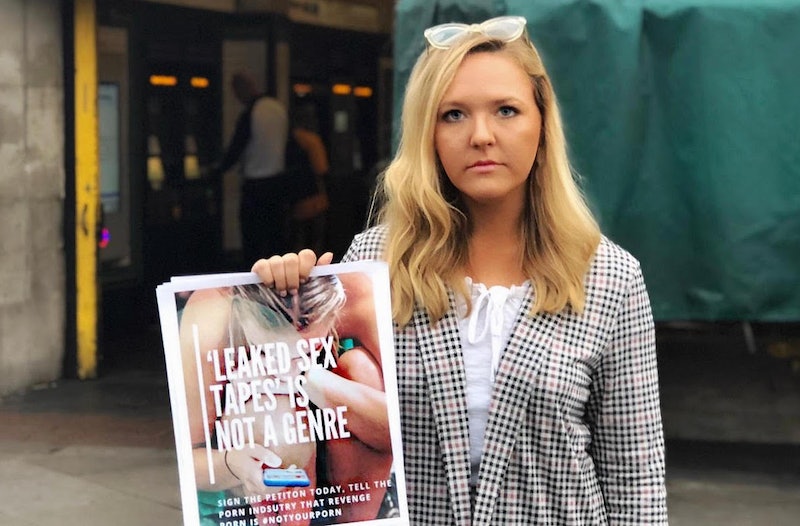 However, Isaacs hopes her campaign will force the government into action. Visitors to the Take Action page on #NotYourPorn's website can send an email to their MP asking them to lay an early day motion in parliament, contact the law commission to review existing laws, and bring the issue of revenge porn directly to the attention of the Secretary of State for Justice. "Spreading the word that what you might be watching as a consumer might not even be legal is so important," Isaacs says. "We have a hashtag, so tweeting about it, and talking to your friends and family about it is not the most fun conversation to have but it’s a really important one."

There’s no denying that Isaacs and the #NotYourPorn campaign team are seriously passionate about what they're doing. To find out more visit their website and social media.

Correction: A previous version of this article mischaracterised PornHub's implementation of AgeID software. AgeID has been live in Germany since 2015.