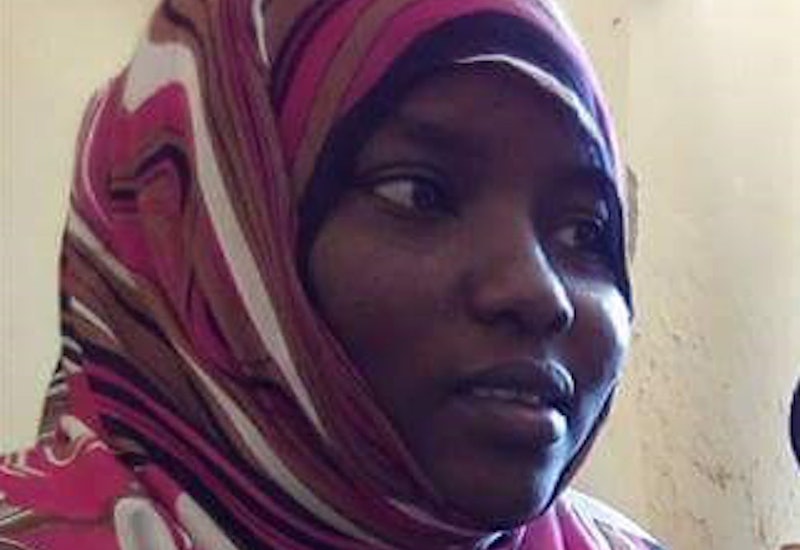 A 19-year-old Sudanese woman who was convicted of killing her husband after he allegedly raped her will no longer face death — but that doesn't mean the struggles are over. An appeals court announced on Tuesday that Noura Hussein’s death sentence would be replaced with a five-year prison term, according to Amnesty International.

Seif Magango, Amnesty International’s deputy regional director for East Africa, the Horn and the Great Lakes, tells Bustle the court's ruling is a "good outcome" — for both Hussein and Sudan. But the decision is just the beginning for a country fraught with human rights issues.

If any story makes a case for outlawing those exchanges in Sudan, It's Hussein's. In May 2017, Hussein said her husband, Abdulrahman Mohamed Hammad, enlisted three other men to hold her down as he raped her — the next day when he allegedly tried to attempt the same assault, Hussein attacked him with a knife, stabbing him to death, the BBC reported.

When Hussein’s case was heard in July 2017, a judge applied a law that didn’t recognize marital rape, and she was later convicted of intentional murder at the Central Criminal Court of Omdurman, Amnesty International said in a news release.

Last month, an Islamic Court sentenced Hussein to be hanged because of the crime, which several advocacy organizations such as Amnesty International and Equity Now strongly opposed. Now the court has agreed that death was too heavy-handed a punishment.

Magango said in a news release that the court decision was a victory, but noted that the work on this case — which caused an international outcry, and sparked the Twitter hashtag #justicefornoura — isn’t over yet. He wrote:

While the quashing of this death sentence is hugely welcome news, it must now lead to a legal review to ensure that Noura Hussein is the last person to go through this ordeal. Noura Hussein was the victim of a brutal attack by her husband and five years’ imprisonment for acting in self-defense is a disproportionate punishment.

Hussein was married off at the age of 16 to a man who was 16 years older than her — and who was also her cousin, BBC reported. Being married off at such a young age isn’t uncommon in this part of the world. Sudanese law says that children over 10 years old can get married. One third of Sudanese girls are married before turning 18, a 2017 UNICEF report found.

Despite the change in her sentence, Hussein's story isn’t over. Along with the five-year term in prison, she is required to pay 33,500 Sudanese pounds in blood money, know as a dia, to her husband's family, according to Magango. This amounts to about $8,400 in the U.S.

On top of that, the landscape for women in Sudan isn’t a friendly one, and questions about what Hussein’s life will look like human rights-wise when she leaves prison are still up in the air. But Magango is hopeful Hussein's life will go back to normal after her sentence is served, he tells Bustle.

Hussein has hopes of becoming a lawyer after this ordeal is in her rearview. Magango says she’s passed her high school exams and is now applying for admission into law school. "If she serves the entire five years and she’s not released for reasons such as good behavior, then she’ll get out when she is 21 and with having finished her education in prison," he says. "So hopefully she’ll return to her life as normal and live a full life as a young adult."

Although this is a win — both for Hussein and the country — Magango isn't throwing confetti just yet. There's still a lot of work to be done in Sudan.

"This is a vote by the courts against forced marriage, against child marriage, and against marital rape," Magango says. "So, it is a step in the right direction. But it is not the end of it."