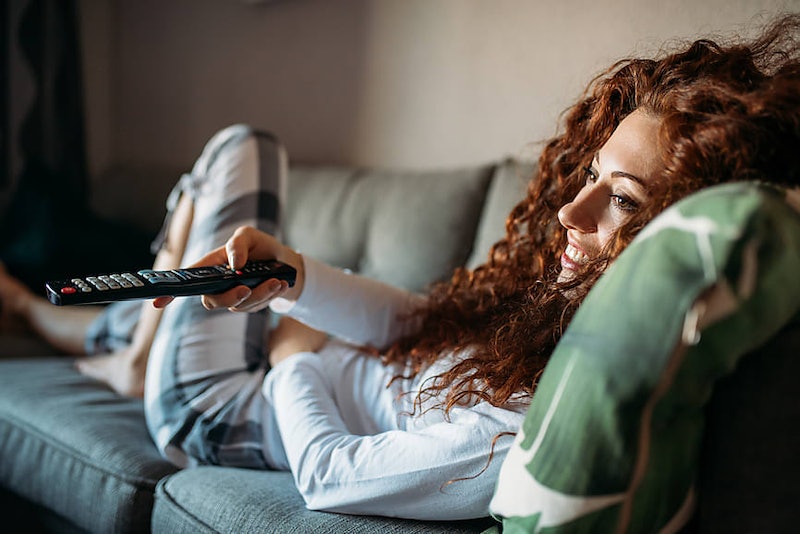 As trivial as this sounds, I'm constantly struggling to keep up with everything on television. Whether it's current crazes or past classics, my watchlist is endless — so endless that I'd need at least a year off to actually get through it. And as improbable as this sounds, it could actually be achievable thanks as Now TV are offering £35,000 for you to watch TV for an entire year.

Aptly titled as a their "Box Set Sabbatical," this offer is totally one you do not want to refuse, especially if you're watchlist is as never-ending as mine. To enter, all you have to do is submit a video or photo — tagging the post with @NOWTV and #BoxSetSabbatical — to show why you deserve a year off to stream to your heart's content. If you win, you'll be given a Now TV Smart Stick and 12 months worth of TV passes to make 2019 the ultimate year to catch up on all the shows everyone's talking about.

The competition ends at midnight on Feb. 14, and all entries will be judged by a panel including comedian Joel Dommett, who will "select a winner that they think best demonstrates TV watching passion, creativity, and experience," as described in the press release. If you're in need of some tips or inspo, Dommett has totally got you covered. A shortlist of entrants will be drawn up on Feb. 15, and the winner will be chosen on Feb. 19.

This "Box Set Sabbatical" comes after a survey conducted by OnePoll last December, where 2,000 respondents voted for a box set on Now TV that "they wish they'd seen but felt they didn't have time to catch up on." These included The Sopranos, Game of Thrones, The Wire, The Walking Dead, and Westworld. Although, Game of Thrones, Walking Dead, and Sopranos were also polled as the top three shows that viewers watch an entire season in one go (which is pretty damn impressive, IMO).

The poll also revealed the lengths some viewers have gone to in order to catch up with their favourite shows, including staying up all night to finish a season (been there), cancelling plans with friends and family (done that), and pulling a sickie off work (got the t-shirt).

This isn't at all surprising as the research also found that "the average Brit has just 100 minutes of free time per day," and 23 percent of the respondents felt left out when those around them were talking about a show that they hadn't yet got round to seeing — especially if its a show that relies heavily on twists, turns, and a need to stay clear of spoilers.

As crazy as all this sounds though, it's a testament to how the art of television can get people together and involved with such a creative art form. I mean, it's pretty much scientifically proven that fiction is "essential to every society," as the BBC reports. If that isn't a reason for me to marathon The Sopranos again, I don't know what is. Well, maybe £35k from Now TV and a year off work would also suffice.