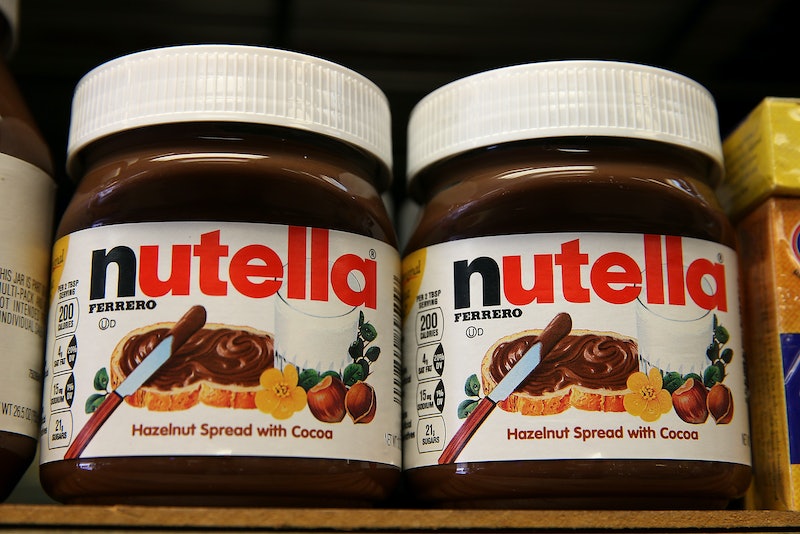 If you are a devotee of chocolate hazelnut spread, you may have been shaken to your very core recently by reports linking Nutella to cancer. But before you start screaming to the heavens, rending your garments, and stock piling Nutella in an underground bunker, take a deep breath and slow down. As is usual with “X Causes Cancer!” headlines, the situation is a lot more complicated than “Nutella = Cancer.” Although there is some real concern about one of the ingredients in Nutella, it is very premature to assume that your chocolate hazelnut addiction will lead to your early demise.

Here’s the situation: At issue is not chocolate hazelnut spread in general, but one of its ingredients, palm oil, which gives Nutella its smooth, creamy texture. Palm oil is used in a lot of different products, including ice cream, margarine, packaged baked goods, and chocolate. In May 2016, the European Food Safety Authority (EFSA) released findings from a study of substances called “glycidyl fatty acid esters” (GE). These compounds grow in vegetable oils during processing, especially when they are refined at temperatures over 200 degrees Celsius (392 degrees F). Although GE can develop in a variety of vegetable oils and fats, they occur at the highest levels in palm oil. The research found that GE is carcinogenic; The Independent reports that “repeated exposure to GE increases the incidence of tumours in rats and mice, probably by damaging the genetic information in their cells.”

In the EFSA’s May report, Dr. Helle Knutsen, chair of the organization’s Panel on Contaminants in the Food Chain, concluded, “There is sufficient evidence that glycidol [GE’s parent compound] is genotoxic and carcinogenic, therefore the CONTAM Panel did not set a safe level for GE.” The panel expressed particular concern about the consumption of GE by infants via infant formula containing palm oil. However, the EFSA did not recommend that foods with palm oil be removed from stores or that people stop eating it. The organization did suggest that further research needs to be done to more fully explore the implications of GE consumption via palm oil.

According to Reuters, the World Health Organization and the U.N. Food and Agriculture Organization have also not suggested a ban on palm oil, nor have they recommended that people stop eating it, though they have expressed concern about the risks of consuming GE. In the United States, the FDA continues to allow palm oil to be used in food.

However, some grocery stores in Italy, including its largest grocery chain, Coop, have responded to the EFSA’s findings on palm oil by refusing to sell Nutella and other products containing refined palm oil.

Ferrero, the Italian company that manufactures Nutella, has come out strongly against accusations that the palm oil it uses is dangerous, releasing television and print ads insisting on its products’ safety. “The palm oil used by Ferrero is safe because it comes from freshly squeezed fruits and is processed at controlled temperatures,” explained Ferrero purchasing manager Vincenzo Tapella in a commercial. (Although the EFSA’s May report discusses the dangers of refining palm oil at high temperatures, it does not go into how processing at lower temperatures affects GE levels.)

Ferrero stands by its use of palm oil. “Making Nutella without palm oil would produce an inferior substitute for the real product, it would be a step backward,” Tapella told Reuters. Reuters also points out that switching from palm oil to an alternative oil like rapeseed or sunflower oil would be costly, increasing expenses for Ferrero by as much as $22 million a year. (Ferrero did not comment on these numbers.)

This is not the first time that palm oil has been the source of controversy. Palm oil has previously been linked to massive deforestation that has put species like the orangutan at risk. As of 2015, Ferrero says that it only uses palm oil certified as sustainable by the Roundtable on Sustainable Palm Oil.

It’s impossible to say that eating vast quantities of Nutella won’t increase your cancer risk (but, frankly, eating vast quantities of Nutella, as delicious as it is, would be bad for your health regardless). However, although the EFSA's report about the dangers of GE is certainly troubling, to say that Nutella causes cancer is overblown. Hopefully, further research into the risks of GE consumption, and how to mitigate those risks, will allow people to get their chocolate hazelnut fixes as safely as possible.