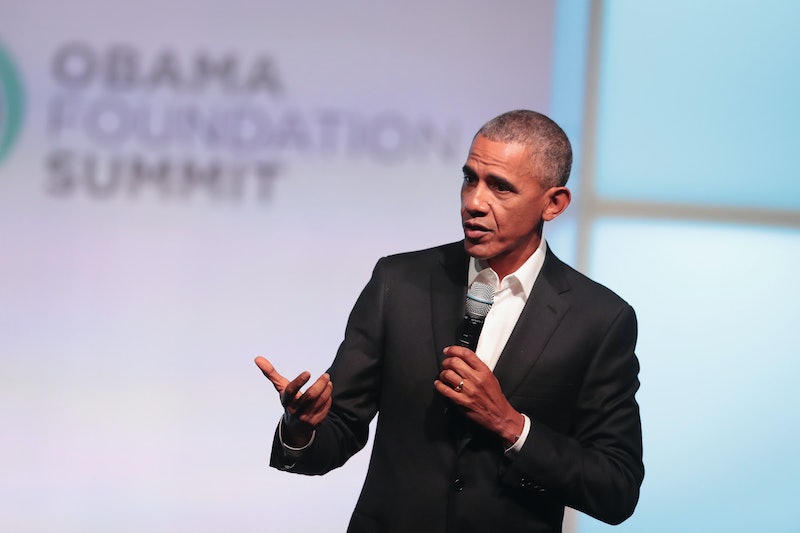 On Thursday, the New York Times reported that former President Barack Obama and Netflix are talking about creating a new show. If the deal comes to fruition, it could provide Obama with a highly visible means of communicating with audiences in the United States and worldwide.

The Times reported that both the former president and his wife, Michelle Obama, are currently in advanced discussions regarding a deal with the network (which is not finalized yet). The outlet noted that the proposed deal reportedly involves the company compensating the Obamas for original content that would air exclusively on Netflix. The paper also suggested that the show would likely focus on the Obamas telling inspirational stories and/or moderating discussions on topics that had significant impacts during Obama's presidency, like health care and immigration, among others.

Eric Schultz, a senior adviser to former President Obama, reflected on the storytelling aspect of the potential show when interviewed by The Times, saying on Thursday:

President and Mrs. Obama have always believed in the power of storytelling to inspire. ... Throughout their lives, they have lifted up stories of people whose efforts to make a difference are quietly changing the world for the better. As they consider their future personal plans, they continue to explore new ways to help others tell and share their stories.

CNN reported that Obama had initially expressed interest in doing some type of new media work toward the end of his presidential term. The outlet noted that, Jen Psaki, a former White House communications director, told CNN at the time that "he is very interested in how people consume information and the changing trends [regarding online news consumption]."

The Verge further noted that Obama already has some experience working with and for Netflix. Recently, he was the first interviewee on David Letterman's new Netflix show, My Next Guest Needs No Introduction. The former president is also reportedly close with Netflix's CEO, Reed Hastings.

The New York Times reported that Obama does not plan to use his potential show to respond directly to President Trump. This notion reflects Obama's (and other past U.S. presidents') traditional stance of not directly criticizing the current president.

A show on Netflix could offer the president a new way of communicating with members of the public, beyond his widely popular social media accounts (his Twitter account boasts 101 million followers, while his Instagram account has 17 million). As The Times described, both Obamas have kept a somewhat low profile since leaving the White House in January 2017. The couple has, however, been working on various endeavors at the Obama Foundation, their non-profit dedicated to empowering civic leaders, and on writing widely-anticipated memoirs.

This potential deal with Netflix illustrates that Obama does not intend to shy away from engaging with the American public about important national issues during his post-presidential period. As Michael D. Shear, Katie Benner, and John Koblin of The Times described, the potential Netflix deal is "evidence that Mr. Obama, who left the White House when he was just 55 years old, intends to remain engaged in the nation’s civic business. ... It is also a clear indication that the former president remains interested in the intersection of politics, technology and media."

If Obama's reported deal with Netflix is finalized, he might either work behind the scenes as a producer or on-camera as a moderator, according to CNN. Netflix did not provide comment to The New York Times or CNN regarding any possible discussions with the Obamas. Thus, the timeline for potential completion of the deal is not yet clear. However, if the Obamas do indeed decide to pursue this Netflix endeavor, it could offer a revolutionary new way for the former president and first lady to communicate with the American public — and beyond.