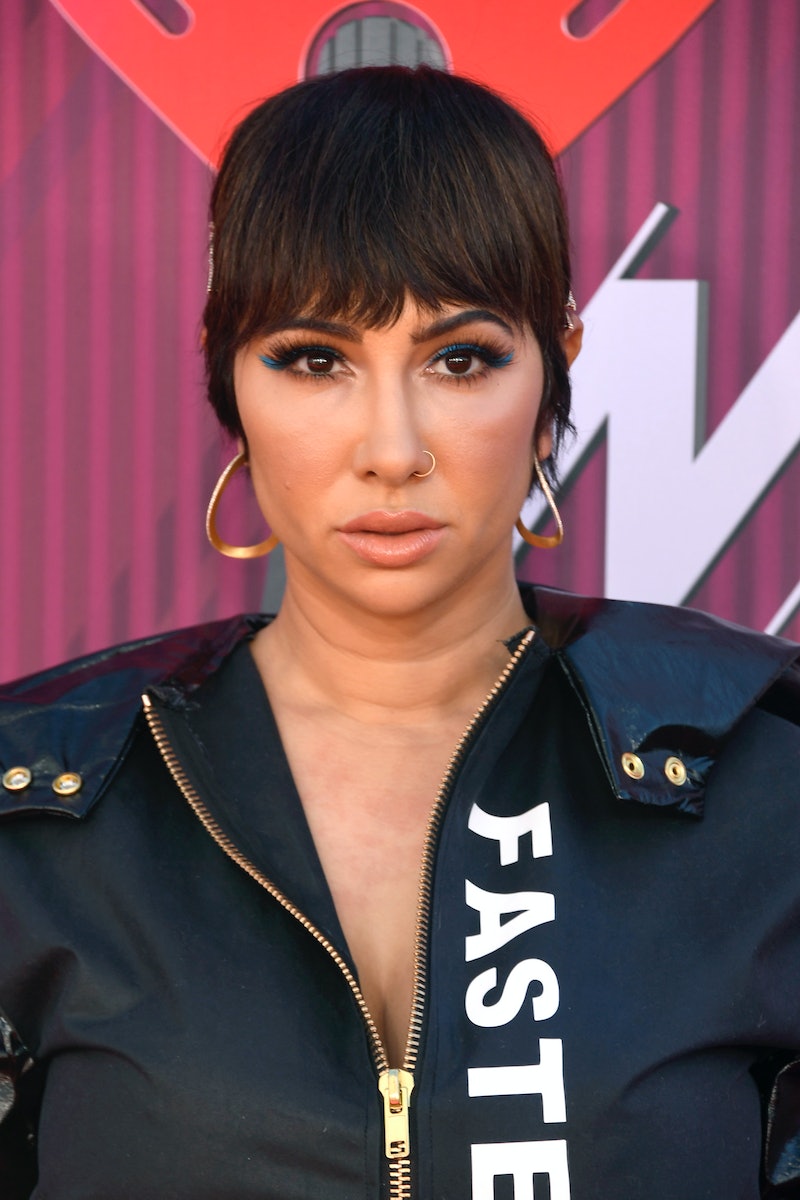 On Orange Is the New Black, Jackie Cruz's character Flaca often provides comic relief. But off screen, Cruz has lived a life that's been challenging at times, especially in her younger days. In a new People interview, OITNB star Jackie Cruz talked about her near-death experience at age 16, and what she learned from the devastating car crash.

The actor told the magazine that she was a passenger in a friend's car when they started racing another car down the road. Cruz's friend "lost control of the wheel," People reported, and the actor went flying through the windshield. She needed emergency brain surgery, and doctors weren't sure whether she'd survive.

"They had to shave my head right away," Cruz told People of the brain surgery she had after the crash. "I had a kidney contusion, a collapsed lung, and two broken vertebrae. So my eyes were crooked and my face was crooked, I couldn't smile."

And while she did survive the brain surgery, Cruz explained to People that she struggled with her self-image after the crash and the hospital visit. As the outlet explains, Cruz didn't wake up until two weeks after the surgery.

"Looking at myself in the mirror, not, like, recognizing myself, was scary," she said to People. "I wanted to commit suicide at the time, because all I ever wanted was to be an actress and a singer. And I grew up just watching beautiful people on TV, and I just felt like that was it for me."

Cruz explained to People that one unexpected person ended up helping her through her recovery. "There was a little girl in the hospital. She was 10 years old, and her name is Melly," Cruz said to the magazine. "She will never walk again, but she is strong and happy, and she would come by my room all the time, and I never really paid attention."

Eventually, though, Cruz did pay more attention to the little girl, who taught her a valuable lesson. "Then we got to talking, and she told me I was pretty. She taught me that beauty is always from within," Cruz told People. "It's the way you treat someone, it's the way you are, and she saw that. She saw the strength without, she saw the beauty in me without looking at my surface."

In honor of the little girl at the hospital, Cruz is releasing a song, titled "Melly," on Friday. She's also asked her Instagram followers to share stories of their experiences at age 16. "These are my stories from #wheniwas16, tell me yours in the comments #MELLY16. 03/22," Cruz captioned her post.

After having years to reflect on her experience, Cruz told People that she doesn't "regret anything" that's happened to her. "I'm so grateful to God that [it] acted and happened, because I was really going in the wrong way of life, and I feel like it was a slap in the face," the actor said to the magazine.

It sounds like Cruz has processed the accident and the surgery and that she's in a much better place now. Her message could be inspiring to others who've been through life-changing experiences, and it's a good reminder that you never know what the future has in store.