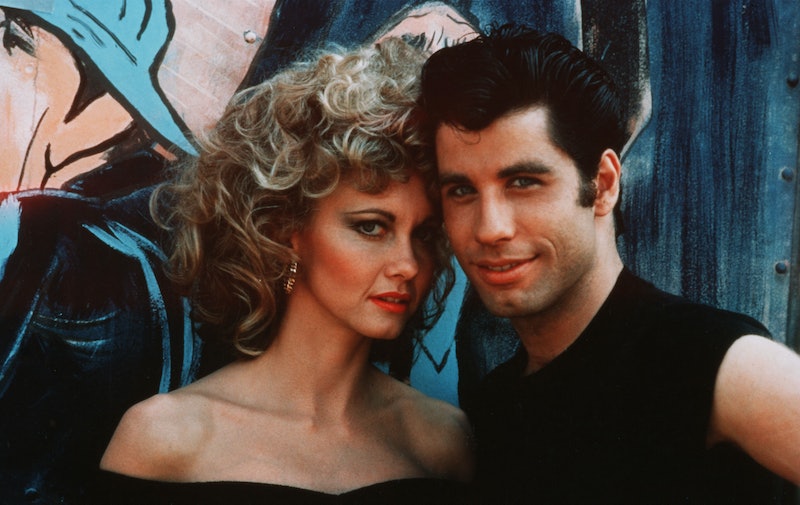 It's the one that you want: Olivia Newton-John is auctioning her Grease wardrobe collection, so anyone with a few thousand dollars can enjoy a piece of movie history in their own wardrobe.

At first Newton-John’s auction began with just a handful of items from the iconic movie, but now the auction has up to 200 costumes, red carpet gowns, and even some of the actor's personal belongings going under the hammer. As for the Grease-centric outfits, some of the costumes on sale include a Pink Ladies jacket, the finale leather pants and jacket, and the 1950s-inspired pink gown Newton-John wore to the film's premiere in 1978.

While the leather pants and iconic leather jacket are going to be sold separately, Julien’s Auctions, the auction house where the bidding will take place, estimates the outfit will sell for around $200,000. This is the very outfit that good girl Sandy Olsson donned to proclaim her love for bad boy Danny Zuko, while singing the hit "You're the One That I Want."

Newton-John famously had to be sewn into the outfit. "It was the ’70s [when Grease was filmed, and] those pants were from the ’50s. They were old already and the zipper was gone, so they stitched me in,” Newton-John, said at the G’Day Black Tie Gala in Jan. 2018. “Of course, you can imagine: I’d have to pee, [so] they had to unpick it and stitch me up again!”

While her pink premiere outfit might not be as iconic as Newton-John's all-leather look, the petal pink point d'esprit lace gown is still part of fashion history. Newton-John's two outfits for the 1978 premiere for Grease mirrored the transformation Sandy went through. When Newton-John arrived to the premiere, she had a pink prom dress on. When it was time for the after party, the actress revealed a spandex hot pink body suit.

"I had arrived in a cute little prom dress, then for the after-show party I changed into this pink spandex outfit to reflect the way Sandy, my character, changed her image during the film," Newton-John told The Telegraph in 2017.

The custom made Pink Ladies jacket, which was presented to the actor by the cast and crew of the movie, will also be a hot-ticket item during the auction. The jacket is estimated to be worth $4,000. The auction is taking place in Beverly Hills and online on Nov. 2, and the items will then be exhibited in the Museum of Style Icons on July 22 and 23.

Proceeds from the auction will go to the Olivia Newton-John Cancer Wellness and Research Centre in Melbourne, Australia. The Centre is a public hospital that treats cancer patients and conducts cancer research.

In 2018, Newton-John announced that she was battling cancer for the third time. Newton-John was first diagnosed with breast cancer in 1992.

Page Six Style asked Newton-John how she felt parting with the costumes. "I don’t feel I’m parting with them,” she said. “I have a photograph of them, which is probably better than having it in the closet, and I feel like I’ve had my time with them. I’m happy that it’s going to go to people that will enjoy it.”