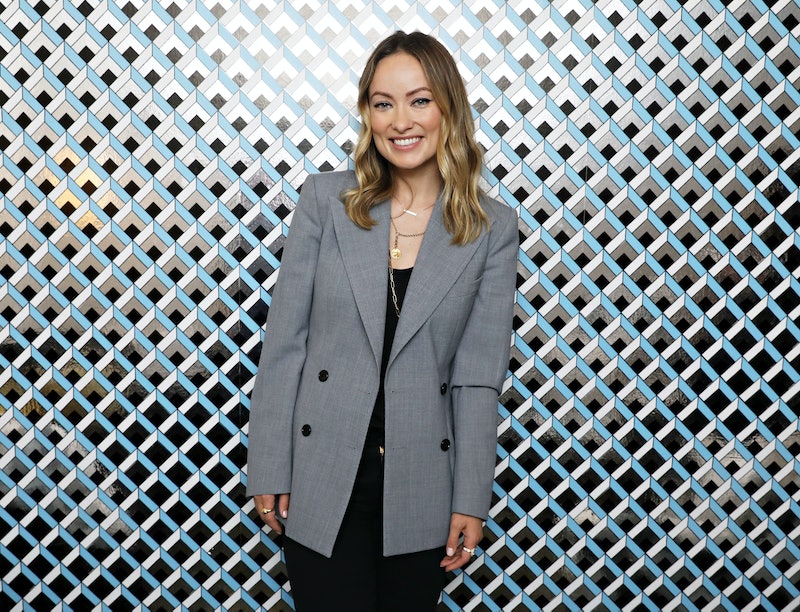 Booksmart earned a great deal of praise for its relatable characters and raunchy depictions of teenage antics, but not everyone's getting a chance to take in all of the film's content. During a Q&A after a screening of the movie at the SCAD Savannah Film Festival, director Olivia Wilde called out Delta Airlines for censoring Booksmart on its flights in a "slanted" manner. The actor and director explained she recently learned the airline used a third-party censor to cut not just lines or curses, but entire scenes from the movie — specifically, scenes that featured female sexuality.

On Oct. 27, Wilde wrote on Twitter that she was disappointed to discover the climactic romantic scene between Amy (Kaitlyn Dever) and Hope (Diana Silvers) had been edited out. "This is truly a bummer. There is no nudity in this scene. What makes it too obscene for airplane viewing?" Wilde wrote. The following day, she tweeted that Delta had been "censoring the word lesbian" on flights, which she called "batsh*t insane."

In a statement to Bustle, Delta clarified that movies are edited by studios or third-party vendors, and they select one of those edited versions. The airline explained that their "content parameters do not in any way ask for the removal of homosexual content from the film. We value diversity and inclusion as core to our culture and our mission and will review our processes to ensure edited video content doesn't conflict with these values."

In her talk at the SCAD Savannah Film Festival, Wilde theorized that the kiss between Amy and Hope was cut "because it might suggest to you that women, I don’t know, have bodies or can experience pleasure, or deserve it." She deemed that a problem. The director also noted that several moments that are specific references to female bodies were edited out of the Delta version, including the "Barbie sequence" — in which Amy and Molly (Beanie Feldstien) hallucinate they've transformed into Barbie dolls and are terrified by their disproportionate bodies. "They take off their Barbie clothes and ... have no genitals, which is the entire f*cking point of the scene," Wilde told the audience. According to the director, the word "UTI" was also removed in the edited version.

The censoring of Booksmart is particularly shocking considering the film was praised for its important and realistic depiction of queer teenagers and relationships, thanks to the character of Amy. In May, Feldstein reflected on what the film's queer relationship means to her as a queer person, telling People, "It’s not just about representation, it’s about how you are representing, and the form that representation is taking. And I think Booksmart really asks the question of, so what happens after teenagers come out? Let’s tell that story."

Referencing the love scene between Amy and Hope, Feldstein continued, "The only love scene in the film is a queer love scene, and that’s so radical. By doing that, you’re asking that to be the norm. By showing queer sexuality, and making heterosexual people relate to it is actually really deeply meaningful."

Censoring everything that made Booksmart earn such acclaim — namely, its forthright conversations about female bodies and sexuality and its queer representation — doesn't just undermine the film as a whole, but also sends a message that female desire is something to be ashamed of and that LGBTQ+ relationships are taboo. Hopefully, passengers will soon be able to see a much less "slanted" edit the next time they fly.