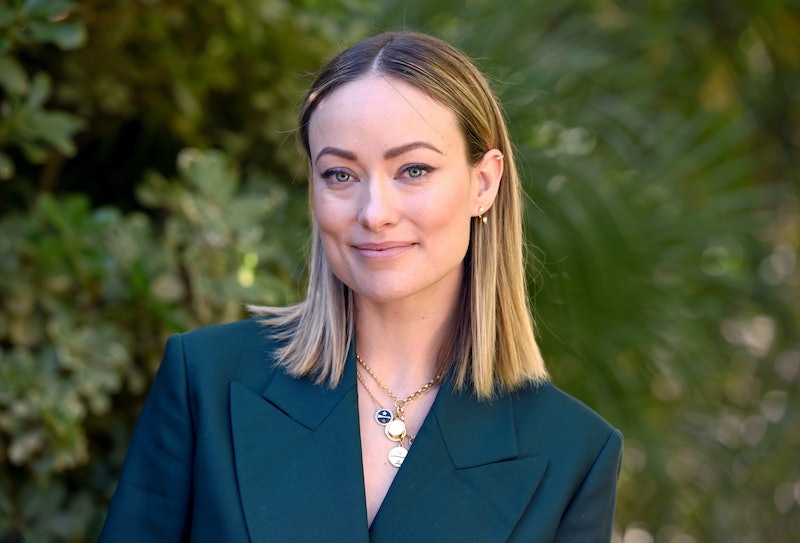 Olivia Wilde's #TBT post this week is taking things all the way back to the early 2000s. Specifically, the actor posted a photo from her time on The O.C.'s second season. Olivia Wilde's O.C. throwback post features a joke about her character's hair, but she also included a heartfelt message about LGBT representation on TV.

"'Live music is my passion' - Alex Kelly. Girl we know hairspray is your passion we have eyes," Wilde wrote in her Instagram caption. "For real though I'm so happy to see how far we've come as a society when I think about how sensational it was to play a queer woman on TV back then and now it seems almost quaint and young people are rejecting labels altogether and that is why they shall rule the earth and save us all."

Wilde's character, Alex, appeared in the second season of the teen drama. Alex was bisexual and dated both Marissa and Summer over the course of the season. And while having a bisexual character on a TV show may not seem like a huge deal now, it was in 2004. At the time Wilde was on the show, some critics praised her character for increasing representation (though others have since shared their dissatisfaction with Alex's storyline).

This isn't the first time Wilde has reminisced about her O.C. character, either. In 2015, she said on Watch What Happens Live with Andy Cohen that she was glad the series had shown a "real relationship" between two women.

"I will say that when we were doing The O.C., I really thought we were doing a responsible thing by showing two, young, sweet girls, in a real relationship — not just having, like, a sorority girl splash happy makeout," Wilde said at the time, according to Entertainment Tonight. "It was a real, loving, sweet relationship, and it was two young women."

There are a number of other examples of LGBT representation on-screen from the early 2000s, too. Shows like The L Word, Queer as Folk, and Will & Grace brought LGBT characters to the forefront. But those were the exception, not the rule (and, of course, they weren't perfect, either).

In her Instagram post, Wilde mentioned how far LGBT representation has come since her time on The O.C. So it sounds like she wants to recognize her character's legacy, without taking too much credit for the changes, either. But seeing yourself reflected on screen can be life-changing, no matter who you are. And it's great to see that the TV landscape is becoming more and more representative of people from all identities.

More like this
Shonda Rhimes' Net Worth Makes Her One Of The Wealthiest People In TV History
By Hugh McIntyre
Who’s The Richest 'Grey’s Anatomy' Star? See The Net Worth Of Each Cast Member
By Hugh McIntyre
How Much Are The 'Schitt’s Creek' Stars Worth?
By Hugh McIntyre
‘SNL’ Finally Spoofed Nicole Kidman’s Weirdly Beloved AMC Ad & Nailed It
By Stephanie Topacio Long
Get Even More From Bustle — Sign Up For The Newsletter