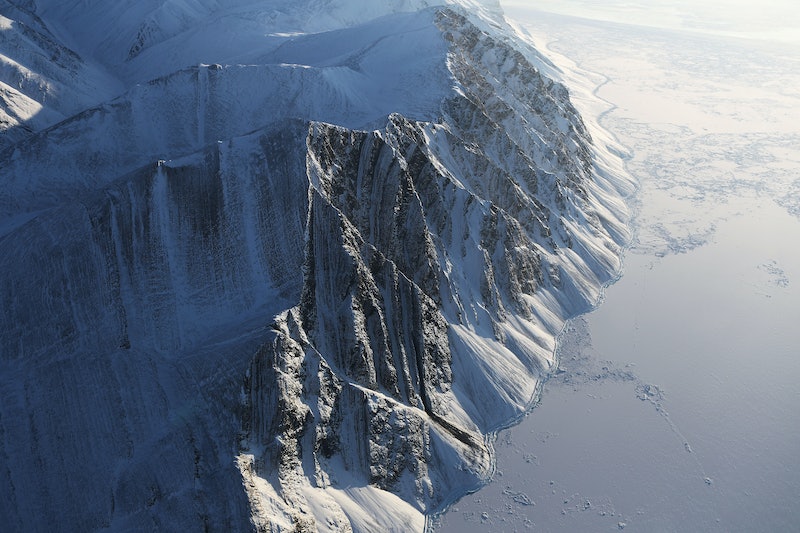 In a Friday decision handed down in federal court, a judge halted President Donald Trump's plan to open Arctic waters for oil drilling. District of Alaska Judge Sharon L. Gleason ruled that the president's move to open up 120 million acres of Arctic Ocean and 3.8 million acres in the Atlantic was outside of his authority, according to The New York Times. The current ban on drilling in those areas, she wrote, “will remain in full force and effect unless and until revoked by Congress," according to a copy of the decision available online.

In 2017, Trump issued an executive order that aimed to overturn an executive order issued by President Barack Obama just weeks before Trump took office, according to the Times. On Friday, Judge Gleason wrote in her decision that Trump's move to do so "is unlawful, as it exceeded the President’s authority."

"This is a great victory for the Arctic, its polar bears, other wildlife and communities. It’s absolutely the right outcome under the law and for the sake of our planet," Kristen Monsell, an attorney for the Center for Biological Diversity, told The Wall Street Journal. The Center for Biological Diversity was among the groups named as a plaintiff in the case, per the Journal.

In a statement released in December 2016, President Obama said his order was intended to help "preserve a healthy Arctic ecosystem and protect our fragile Arctic waters." In the same statement, he expressed concerns about a potential future oil spill and the devastating impact it could have on the ecosystem.

The drilling ban, announced in conjunction with Canadian preservation efforts, Obama said at the time, "reflect[s] the scientific assessment that, even with the high safety standards that both our countries have put in place, the risks of an oil spill in this region are significant and our ability to clean up from a spill in the region’s harsh conditions is limited."

A Department of Interior plan published last year, per the Times, aimed to open virtually all of the U.S. coast up to drilling. As long as Friday's ruling stands, the newspaper noted, the department will likely have to alter its plans.

In announcing his efforts to undo the Obama-era environmental protections which prohibited oil drilling in April 2017, President Trump said the ban "deprives our country of potentially thousands and thousands of jobs and billions of dollars in wealth," according to a transcript published by the White House.

"Renewed offshore energy production will reduce the cost of energy, create countless good jobs, and make America more secure and far more energy independent," Trump said. "This action is another historic step toward future development and future — with a future — a real future."

Friday's decision is expected to face an appeal, according to the Times. One expert told the paper that the case could even reach the Supreme Court, though likely not for several years. In the meantime, per Friday's decision, offshore drilling remains banned in more than 120 million acres of currently protected land.