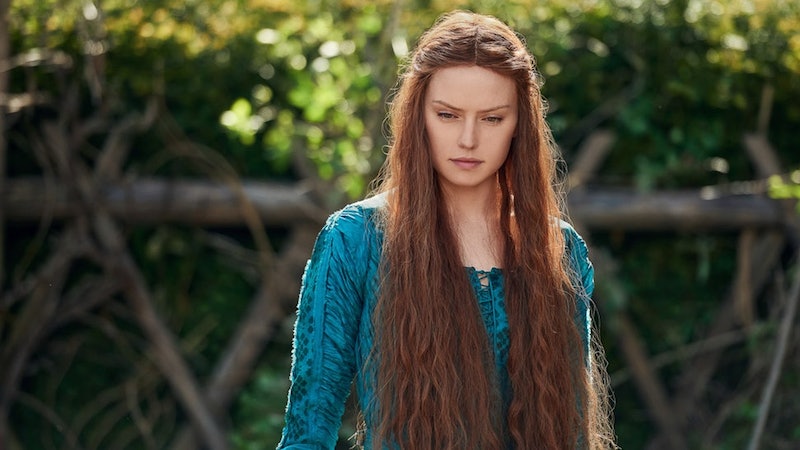 Without question, Hamlet is one of William Shakespeare's most iconic works. The 420-year-old tragedy about a vengeful Danish prince has been adapted countless times, with its main beats being ingrained in popular culture. But the new film adaptation Ophelia changes Hamlet in a number of surprising ways, making the centuries-old story almost unrecognizable at times. The reason why the film is so different from Shakespeare's play is that it is based on the novel Ophelia by author Lisa Klein, rather than on Hamlet directly. Therefore, as expected, the bulk of the film's major changes to the story revolve around the character of Ophelia.

In Hamlet, Ophelia's story is a tragic one. It is also a story that, through modern eyes, has sometimes been deemed problematic. In the original play, Ophelia functions mainly as Hamlet's love interest. In addition, she is also the daughter of Polonius, whom Hamlet eventually kills; and the sister of Laertes, who eventually kills Hamlet. As a result of her standing as a daughter, sister, and potential wife to three powerful men, Ophelia doesn't really get to make her own decisions in the original play. Instead, she is constantly manipulated by the men in her life, until her life comes to an end when she drowns after being driven mad by the death of her father. This depiction of a woman with no agency who suffers such a tragic and senseless end often doesn't sit well with modern audiences, and that's where the new movie comes in. Major spoilers ahead.

One major change to the story that Ophelia makes is surrounding the character with more women; and powerful women at that. Specifically, the film gives Ophelia (Daisy Ridley) a new relationship with Hamlet's mother, Queen Gertrude (Naomi Watts), making the two far closer than they were in the play. The film also introduces a brand new character to the proceedings: Gertrude's sister, Mechtild (also Watts), a witch who lives in exile in the forest. This character in particular has a massive impact on Ophelia's story — more on that in a bit.

Another big change the film makes to the story is Ophelia gives its titular character her own agency and opinions. She is the master of her fate in this story, and this leads to some pretty big alterations. Perhaps the most famous scene concerning Ophelia in the original play is when Hamlet angrily tells her, "Get thee to a nunnery!" In the film, the pair are genuinely in love and marry in secret. The nunnery scene, as a result, is simply a ruse put on by the two of them to keep up false appearances.

Perhaps the biggest change the film makes to Ophelia's story is the ending. In the movie, Ophelia does not die. Instead, after realizing that Hamlet's quest for revenge against King Claudius could prove hazardous to her own health — and deducing that she is pregnant with Hamlet's baby — Ophelia fakes her drowning death. She does this by ingesting a potion given to her by Mechtild that only makes her appear dead. After her plan goes off without a hitch, Ophelia then flees the kingdom and seeks refuge at an actual nunnery, where she has her baby.

Hamlet purists will undoubtedly be upset by the major changes to the classic story that Ophelia makes. But others will surely appreciate the reasoning behind these updates as they give a long-maligned female character the ending that she maybe deserved all along. Ophelia is in theaters on June 28 and on digital on July 2.