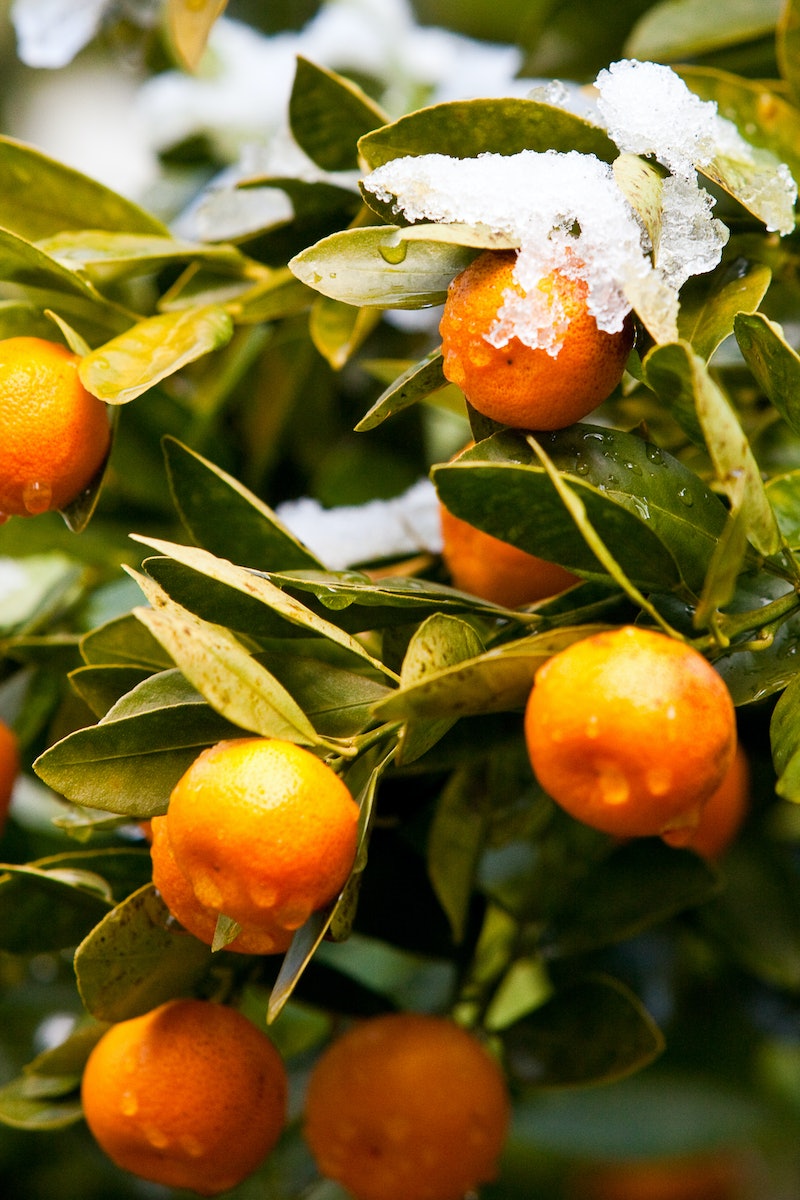 Orange juice is a classic morning beverage choice, and many of us surely remember our parents encouraging us to guzzle our morning O.J. in order to boost our immune systems while staving off a cold. But new research also shows that oranges offer way more than the benefits of vitamin C alone — eating oranges can help lower the risk of macular degeneration, which is a leading cause of age-related blindness. Most of us spend hours a day staring into blue-light-emitting tech screens, which can wreak havoc on our eye health over time. But a new study published in the American Journal of Clinical Nutrition shows that eating just one orange a day can reduce the risk of macular degeneration by a whopping 60 percent.

Newsweek reports that Australian researchers at the Westmead Institute for Medical Research analyzed data on more than 2,856 participants age 49 and older during a 15-year period, and compiled data from the Blue Mountains Eye Study, a major population study that started in 1992. The study’s authors assessed participants’ health factors like lifestyle habits and any illnesses they developed, and found that participants who ate at least one orange per day significantly reduced their risk of developing macular degeneration compared to those who didn’t.

Well + Good further notes that oranges, like carrots, boast a ton of eye-protecting flavonoids, or the compounds in plants that give them their color, among other things. According to a recent press release, study author Bamini Gopinath from the University of Sydney said that while previous studies have examined the benefits of vitamins A, C, and E for eye health, this research is the first to hone in on how flavonoids help prevent macular degeneration. Gopinath stated that, “Essentially we found that people who eat at least one serving of oranges every day have a reduced risk of developing macular degeneration compared with people who never eat oranges.” Gopinath further noted that even eating just one orange a week can “offer significant benefits,” and credits oranges eye-protecting power to their high flavonoid content. “The data shows that flavonoids found in oranges appear to help protect against the disease,” Gopinath said.

According to LiveScience, flavonoids are powerful antioxidants found in virtually all fruits and veggies, and they offer major anti-inflammatory and immune system benefits. LiveScience further reports that foods such as strawberries, kale, citrus fruits, and tea are high in health-promoting flavonoids, but Gopinath noted that, for some reason, oranges in particular seem to have special eye-protecting power. According to the press release she further stated that “We examined common foods that contain flavonoids such as tea, apples, red wine — significantly, the data did not show a relationship between other food sources protecting the eyes [from macular degeneration].” Gopinath further noted that the aim of this research was to provide insight into why eye diseases develop, and how they might be better prevented moving forward.

According to the American Macular Degeneration Foundation, it’s never too early to start protecting yourself against the vision-robbing disease. Macular degeneration causes more vision loss that glaucoma and cataracts combined, and affects up to 10 million Americans age 55 and older each year. The disease is also currently considered incurable, so prevention wherever possible is absolutely key. Macular degeneration destroys the part of the eye known as the macula, which controls central vision — those who develop the illness lose the ability to read, drive a car, see colors, and recognize faces. So if you sit in front of a computer screen at work for untold hours each day, not to mention the time spent scrolling Insta and Facebook, you’ll want to hightail it to your local Trader Joe’s for a value pack of oranges, stat.