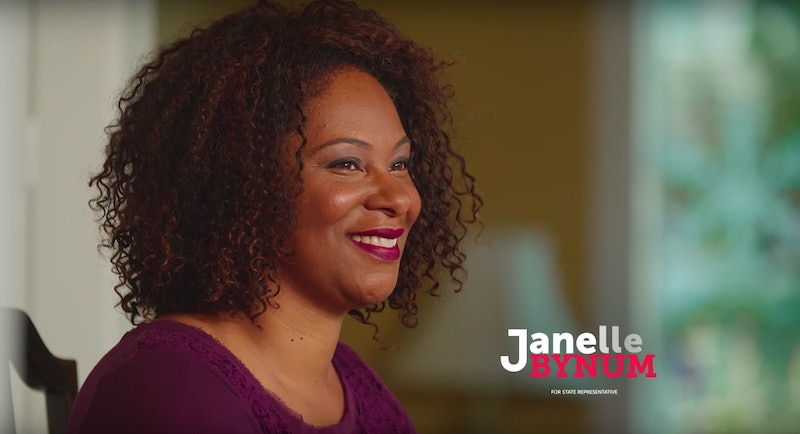 An Oregon state representative was canvassing one of the neighborhoods in her district on Tuesday when she said that one of her constituents called the police on her. CBS News reported that black Oregon lawmaker Janelle Bynum had police called on her after one of the neighborhood's residents identified her actions as "suspicious."

Bynum was elected to Oregon's House of Representatives in 2016, and was canvassing in the Portland-area town of Clackamas on Tuesday as she runs for a second term this year. In a Facebook post describing what had happened, Bynum wrote that a woman had called police because she was concerned about seeing Bynum going door to door and spending a significant amount of time on her phone. The woman did not appear to know that Bynum was canvassing the neighborhood for political purposes.

However, Bynum also wrote that she did eventually speak to the woman who had made the phone call, and that she received an apology. Bynum described the incident as "bizarre" in an interview with local newspaper The Oregonian.

"It boils down to people not knowing their neighbors and people having a sense of fear in their neighborhoods, which is kind of my job to help eradicate," Bynum told The Oregonian. "But at the end of the day, it's important for people to feel like they can talk to each other to help minimize misunderstandings."

In her Facebook post, Bynum thanked the deputy who had approached her — whom she identified as Officer Campbell — for "responding professionally" to the call. However, speaking to The Oregonian, Bynum recalled telling Campbell that "when people do things like this, it can be dangerous for people like me." Campbell reportedly told Bynum that he hoped he hadn't made her feel unsafe; Bynum reassured him that he hadn't. The encounter ended with Bynum and Campbell taking a selfie together, which Bynum included in her Facebook post.

Although Bynum came away from the incident safely, Portland, Oregon, City Council candidate Loretta Smith — a friend of Bynum — compared the incident to a recent fatal incident of racial profiling in the area. In an interview with USA Today, Smith connected what happened to Bynum to the police killing of Jason Washington, a legally armed black man who according to witnesses had been trying to break up a fight near Portland State University. Washington, a Navy veteran, was killed by police earlier this week.

"This coming on the heels of the shooting of Jason Washington, I think it’s ‘here we go again,'" Smith told USA Today. "We’re wracked by these racial injustices in our backyard. I know Oregon can do better. I know Portland can do better.”

Oregon Sen. Jeff Merkley — who endorsed Bynum when she was running back in 2016 — also responded to the incident, describing Bynum as a "great Representative" on Twitter. "This tragic incident is a reminder of just how far we still have to go to become a more tolerant society," Merkley tweeted.

Bynum told The Oregonian that all she had with her while canvassing was campaign fliers, her phone, and a pen. She added that it was the first time anyone had ever called the police on her, noting that she had visited roughly 70,000 homes in the years she has been canvassing.

"We all know that we're not in a society that is perfect, and we have wounds that still need to heal, but at the end of the day, I want to know my kids can walk down the street without fear," Bynum told The Oregonian.

Bynum added that she plans to continue campaigning and canvassing as she has been, and may even return to the Clackamas neighborhood where the incident occurred.

"I hope everyone gets a good look at my face," Bynum said, "because I'm coming to your door."