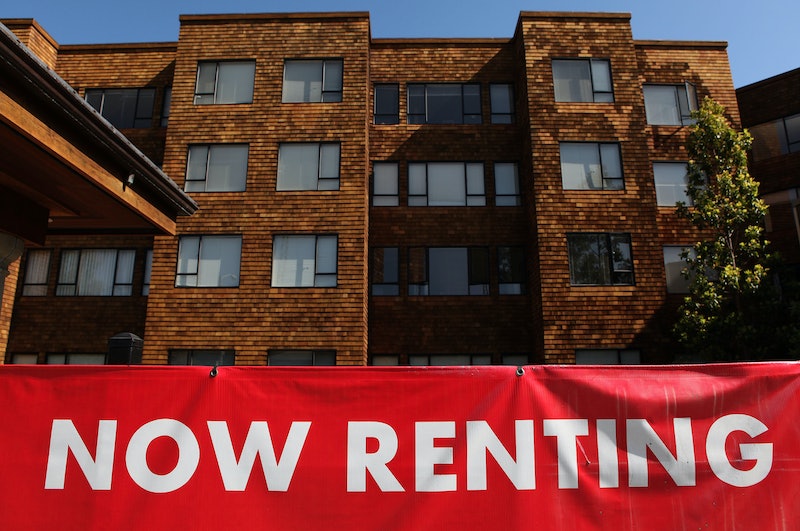 A state on the West Coast is steps away from signing a bill to address housing affordability. Oregon passed statewide rent control legislation on Tuesday — and it's now headed to the governor's desk for her signature. If the bill is signed, Oregon will become the first state in the country with a statewide rent control law, according to the New York Times.

As the Times reported, the rent control bill places strict limits on how much landlords can raise rents in Oregon, limiting annual increases to seven percent plus the change in the Consumer Price Index. The paper added that the legislation does exempt some landlords, particularly those who own new and smaller rental units. The Salem Reporter further noted that the bill also puts more restrictions on no-fault evictions, or those in which a tenant has acted responsibly but a landlord decides to end their rental agreement.

Lisa Morawski, a spokesperson for Brown, praised the legislation and also stressed that more steps need to be taken to address housing affordability in the state, The Salem Reporter noted. “This new law is one of many actions the legislature needs to take to address the housing crisis in Oregon,” she said to the outlet. “While it will provide immediate relief, we need to focus on building supply in order to address Oregon’s housing challenges for the long term.”

The Associated Press (AP) reported that Oregon has recently struggled with homelessness and accessible housing. The outlet noted that, in the past ten years, the state has had an almost 13 percent increase in homelessness. Moreover, the New York Times reported that median rent in the state has increased by 14 percent in the past few years and, in Portland, the median rent has increased by 30 percent (adjusted for inflation) since 2011.

Representative Tawna Sanchez, a Democrat from Portland, emphasized to the AP that the housing crisis has had a profound effect on people throughout the state. As she told the outlet:

In every corner of Oregon, individuals are facing an emergency. From women fleeing domestic violence, to working families in communities big and small trying to get by, to indigenous people who struggle to find a safe and secure home, this crisis touches all of us.

While the Salem Statesman Journal reported that many have praised the new legislation for its efforts to address housing affordability in Oregon, some have expressed concern that rent control measures will ultimately cause more problems. "[The legislation] will worsen the imbalance between housing supply and demand by allowing for rent control across the state," Doug Bibby, the president of the National Multifamily Housing Council based in Washington, D.C., told the outlet. "While the intent of rent control laws is to assist lower-income populations, history has shown that rent control exacerbates shortages ..."

While this legislation could make Oregon the first state to have statewide rent control, various cities around the country, like New York, San Francisco, and Los Angeles, have rent control measures in place, the New York Times noted. If Governor Brown signs the bill as expected, you can be sure that many will be closely watching to see how statewide rent control provisions compare to those enforced by cities.