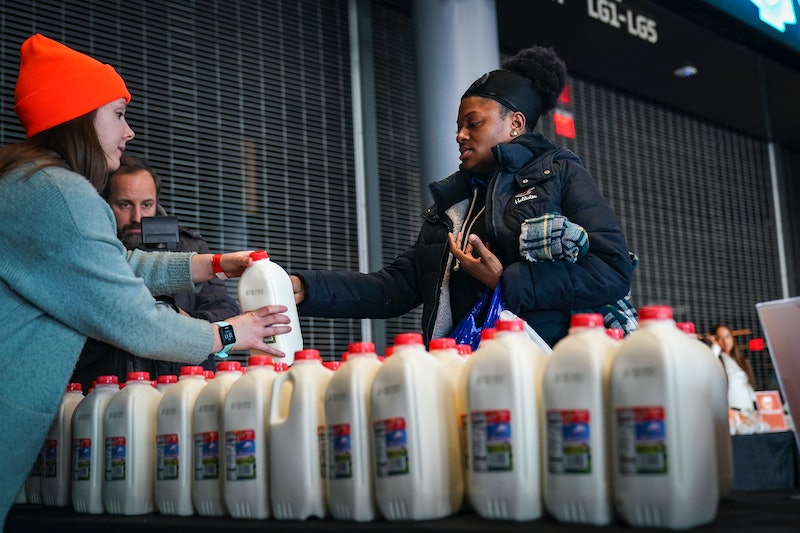 The Trump administration has proposed a change to the nation's food stamps program that, if implemented, would boot around 750,000 Americans off of the program, according to NPR. The proposed change to the Supplemental Nutrition Assistance Program, also known as SNAP, would impose work requirements for certain food stamp recipients, even in areas of high unemployment, and comes alongside a separate Trump proposal to slash SNAP funding by one-third over the next decade. If you're concerned about these proposals, there are a host of organizations fighting hunger in the U.S. that you can donate to or volunteer with.

Under the new requirements proposal, all able-bodied adults without dependents, or ABAWDs, on food stamps would be required to work, volunteer, or receive job training for at least 20 hours a week after being on the program for three months. The Trump administration published the proposed changes to SNAP's eligibility requirements in the federal registrar on Feb. 1. Since then, the proposal has drawn over 8,557 public comments at regulations.gov, many of them negative. (As of this writing, the first 50 public comments on proposal are all in opposition to it.)

This change, in addition to the administration's proposed $220 billion cut to SNAP's overall funding, would leave many of America's hungriest people scrambling for food. Luckily, there are loads of charitable organizations feeding hungry communities around the country, and they'll continue this work if SNAP benefits get cut. Here are some of them: