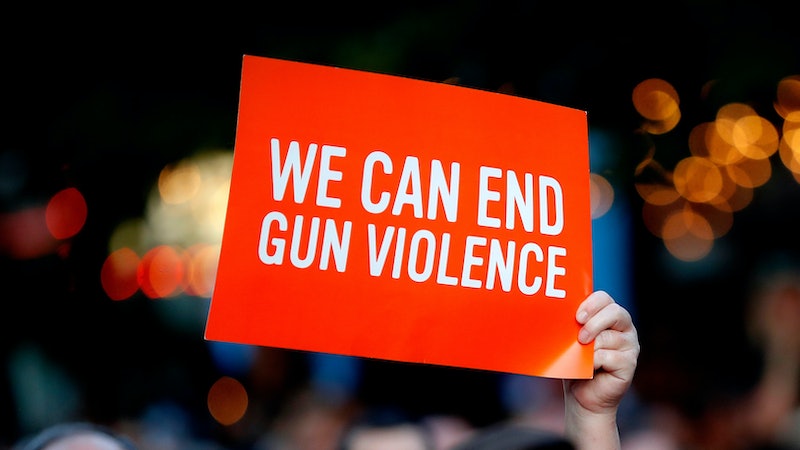 In this op-ed, writer Kaitlin Byrd looks at the week of mass shootings in the United States and why the country still hasn't done anything about gun violence.

From Gilroy to El Paso to Dayton, this week of death and mass shooting has reminded our country of its greatest failures. Americans have failed to act decisively about access to guns. Our legislators have neglected to reinstate gun violence as an area of study and statistics. And our society has wavered on confronting the white supremacy that reportedly motivated these latest shooters. But our greatest failure has been the lack of understanding of the connections between these deficiencies.

For the last quarter century, the United States has expressed a zealous unwillingness to curb its gun culture, and it has made guns more accessible than ever before. With every new, publicized shooting, there has been another volley of excuses and deflections: He was mentally ill; this was an isolated incident; the affected community has our thoughts and prayers. We heard, over and over again, that there is nothing that could be done to stop it, because this is simply the cost of a free society. This narrative — and the excuses that fuel it — has stymied every effort toward greater controls on guns and the violence they create. It has turned the tragedy of violence in American life — in doctor’s offices and movie theaters and concerts and supermarkets — into an inevitability.

But the tragedies of this past week have made it impossible to perpetuate this lie: Gun violence is not a natural disaster or an unforeseen act. These shootings are not “isolated incidents” perpetrated by people who have a mental illness. They are the result of easy access to guns, the dehumanization of others, and a permissive culture that does little or nothing to minimize harm. And we have largely allowed it to happen because of who is carrying out this violence.

This society has always been run for the benefit of white men, and it is white men now who see the potential in having easy access to almost limitless violence.

White men make up the majority of mass shooters in the United States, according to Politifact, which examined several data sets and interviewed the author of Mass Murder in the United States: A History. Gun violence killed 39,000 people in 2016, but our government has refused to create systems that would prevent it from happening because it would impede an overwhelmingly white, overwhelmingly male gun culture that many insist is at the core of the American identity.

This inaction around guns is not the result of mere neglect but a deliberate and concerted effort, and that becomes even clearer in contrast to the treatment of Islamist terrorism in the United States. After 9/11, the country instituted an extensive (and largely useless) security theater to prevent people from bringing bombs on planes through their shoes, their shampoo, and their underwear. But our society has said that the weapons that enable the greatest threat of domestic terrorism are outside of our control.

Our government, under both Democrats and Republicans, has rejected research into potential agents of violence, how they acquire weapons, and whom they may target. For more than two decades, the CDC has been barred from researching the effects of gun violence. Our country has made it easier to walk around with guns, to enter places of business and worship with them, to bring them into parks and normalize violence in every aspect of American life. And it has only served to make us less safe.

In a society that values all of its citizens as equal and all of their rights as worthy, it is impossible that such a threat would go unattended. But this society has always been run for the benefit of white men, and it is white men now who see the potential in having easy access to almost limitless violence. These tragedies revealed that white men who feel hatred toward people who aren't like them feel entitled to power over others — our potential, our dreams, our lives — by the point of a gun.

There are now nearly 400 million guns in the United States, according to the Small Arms Survey — enough to give one to every citizen. If we, as a country, continue to refuse to look at this problem and seek to solve it, the true failure will be felt by all of us.