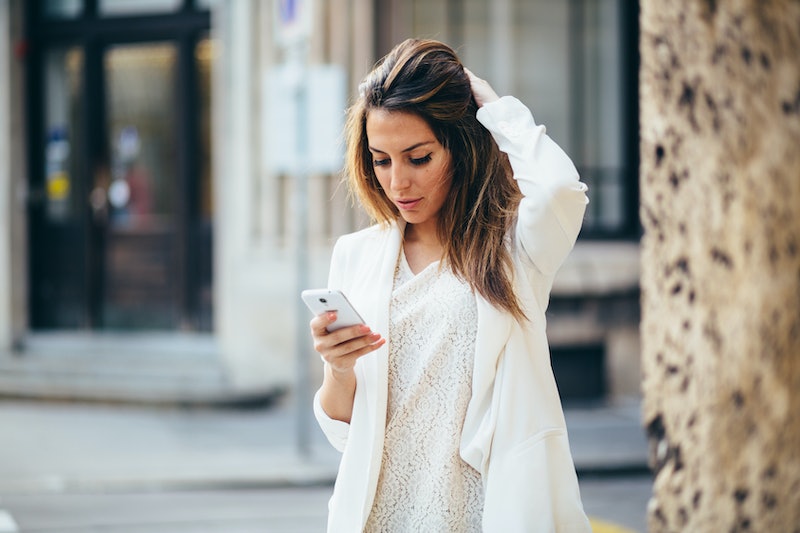 It was the night of the seventh grade dance. There he was, my first crush ever, crossing the cafeteria to ask me to dance. My palms were sweaty, my cheeks flushed, my heart racing. I remember seeing him take a deep breath, get a pat on the back from one of his friends, and slowly walk toward me, hands in his pockets, nervous smile painted all over his face.

He paused before me, looked me straight in the eye, and quietly said, “Hey, do you wanna dance?”

The song is blurry, but I know that I spent most of it panicked about what in the heck I would say when it was done.

We clumsily talked for a while, each of us nervous and giddy, and then enjoyed a snack together before heading back to hang out with our friends.

I remember feeling that I had somehow grown up a whole lot in that exchange, somewhere between the eye contact as he asked me to dance and the way we stumbled through the conversation, navigating how to get words out to someone we liked. At school, we’d hang out at recess and talk. I got to know so much about him — what he liked and didn’t like, what he thought about things going on at school, what drove him nuts about his parents — and I got to know almost all of it face-to-face, looking at each other, each paying attention to what the other was saying, both of us trying to figure out how to have a conversation with someone who gave us butterflies. Phone calls a few times a week, full of inflection, tone, laughter, and all that stuff that helps you figure yourself out as a seventh grader, complemented our in-person time. He’d have to dig up the courage, of course, to ask if I was home when my dad would pick up the phone. I imagined that wasn’t so easy.

Years later, when teaching in Manhattan, I overheard one of the middle school girls telling a story to her friend about an encounter with a boy she liked at a birthday party that sounded a lot like my seventh grade dance.

I wanted to hop in my DeLorean and go back to 1991. I felt like my students had missed all the good stuff that made an encounter with your first crush worthwhile.

“He texted me ‘Hey you wanna dance?’” she said to her friend. “So I texted a wink and then he texted back asking if I wanted to meet by the food, so I went and we danced a little.”

“Then what?” her friend asked.

“We texted most of the weekend.”

“Did he say anything to you in school today?”

I wanted to hop in my DeLorean and go back to 1991. I felt like my students had missed all the good stuff that made an encounter with your first crush worthwhile — the fear of rejection when crossing the cafeteria floor and the character-building experience of conquering that fear and asking your crush to dance face-to-face; the nervousness of having those first conversations without a cell phone screen to hide behind. There was no texting easy-way-out that didn’t involve vulnerability and a whole lot of courage. Those were the moments when boys and girls started on the road to becoming men and women. And even if they got rejected, they began building the strong spines that would carry them through life.

Fast forward to the social media and smartphone age.

I watch friends scrolling through dating apps, heads down, engrossed in cell phones, while perfectly eligible men and women stand 10 feet away at the café counter.

I remember a first date where the guy spent more time checking in on his phone than checking in on me. It made me want to run from whatever it was that relationships were unfortunately turning into in the tech-booming age.

I once had a three-hour text fight with an ex-boyfriend where we never even heard the tone of each other’s voices. I wonder how differently it would’ve gone down if one of us had been smart enough to just pick up the phone and say how we were feeling.

I watch friends scrolling through dating apps, heads down, engrossed in cell phones, while perfectly eligible men and women stand 10 feet away at the café counter, right there in the flesh.

Some people have amazing experiences with dating apps and meet the loves of their lives. It can happen, and I’m a fan of people finding true love, no matter where it shows up. But in this age of heads-are-always-down-while-staring-at-cell-phones, where we rarely notice the people around us, where eye contact and in-person first impressions are being replaced by swiping right and texting before you even hear someone’s voice, I’m sounding an alarm.

Because eye contact and face-to-face, distraction-free encounters really do matter.

Because you’re not actually paying attention to your best friend, partner, or spouse if your head is buried in a device while they’re talking to you.

And because we all deserve better.

So the next time you’re at a café staring down at your phone and swiping right, or talking to your best friend while scrolling through a slew of texts, I invite you to try something different.

Put your cell phone away.

There’s a whole world out there just waiting for you to look up.

Jedediah Bila is a two-time Emmy-nominated television host. Her new book, #DoNotDisturb: How I Ghosted My Cell Phone to Take Back My Life, goes on sale October 9th.