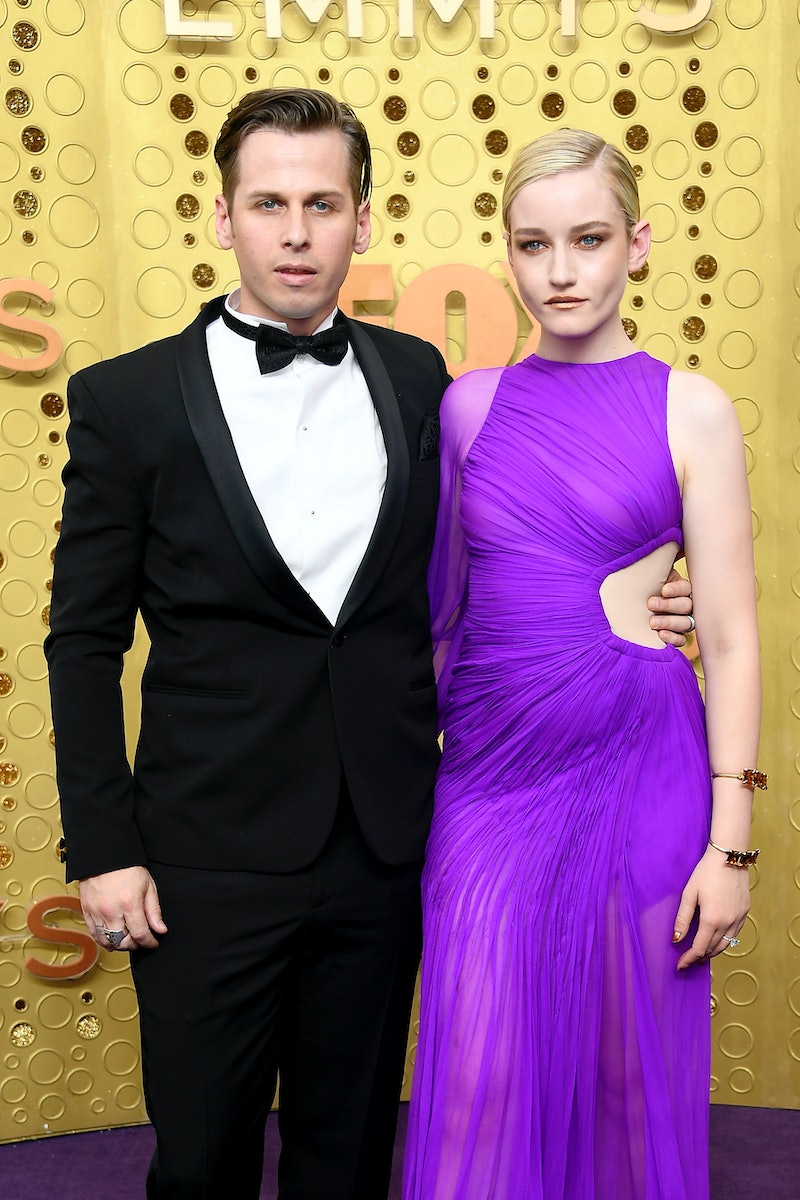 There's nothing like a good wedding to bring the year of 2019 to a close. According to E! News, Ozark star Julia Garner married musician Mark Foster, aka the frontman for Foster the People, over the weekend in an intimate ceremony surrounded by close family and friends. One such friend included fashion designer Zac Posen, who was kind enough to share several behind-the-scenes photos and videos of the wedding reception for all his followers to see. "Congratulations @juliagarner94 and @mistersmims," Posen captioned one Instagram picture of the newlyweds dancing on Sunday, Dec. 29.

Posen's photo evidence of the big day not only provides visual confirmation that Garner and Foster tied the knot, but it also allows for fans to catch a glimpse of Garner's stunning wedding dress that featured a lace design straight out of a fairytale. Posen also uploaded several other photos to his Instagram Story that showed the couple embracing on the dance floor and cutting their wedding cake. Meanwhile, both Garner or Foster have taken to their own personal social media accounts to post a photo of the two of them on their wedding day. No words are provided in either Instagram caption, just the date of the happy occasion: "12/27/19."

This is a lot more open than the celebrity duo has been in the past, Back in May, it was reported that Garner and Foster were engaged, though neither of them had publicly confirmed the proposal. A source confirmed to People that the 35-year-old singer had popped the big question to Garner during a recent trip they had taken together. “They got engaged when they were in Yellowstone,” the source stated at the time.

Garner also appeared to show off her beautiful diamond ring on Instagram back in October, which had the rock on full display. "Montana on film," Garner captioned the image. "Taken by my love @mistersmims. Missing this magic light and place. Happy Friday." But apart from that, details of the romantic event have remained scarce.

Of course, that's not to say that the couple haven't praised each other on their respective social media accounts from time to time. After Garner won Best Supporting Actress at the Emmys this year, Foster took to Instagram to support her. "I’m beyond proud of this girl,” he wrote at the time. “Congratulations you beautiful angel of a human. it brings me immeasurable joy to see you lifted up and recognized by your peers, your industry, and your fans. you deserve every bit of love and respect. you’re so incredibly special."

And now that they're married, that love and support will carry on into 2020 and beyond. Congratulations to the happy couple!