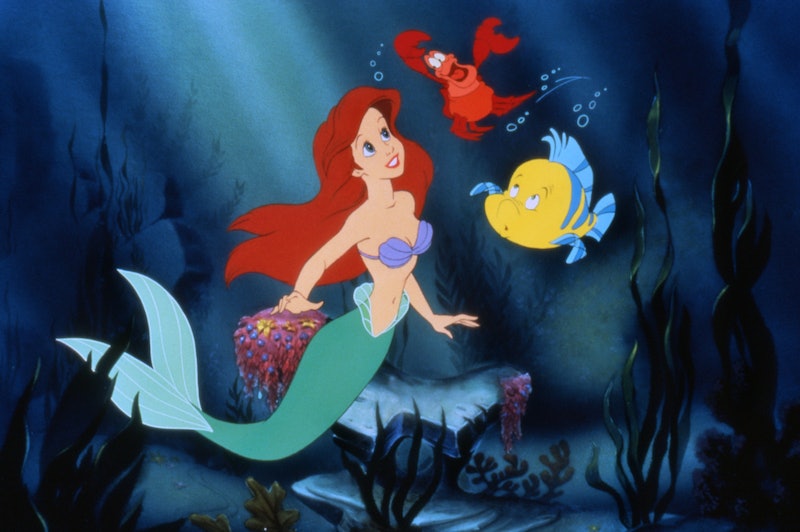 Get ready to adorn your fins with a trove of new charms, because Pandora has launched a Little Mermaid collection full of whozits and whatzits galore. To celebrate the film's 30th anniversary, the brand is releasing four designs that perfectly encapsulate the wonders of the bottomless blue.

The collection features pendants of three major characters (Flounder, Sebastian, and Ariel), along with a dangle charm adorned with a silhouette of Ariel overlapping an emerald green scale pattern (£55), with the lyrics to 'Part Of Your World' engraved on the back.

As for the characters, Pandora describes the Flounder charm (£55) as a "sterling silver charm with a moveable tail fin [which] serves as a reminder of the power of friendship, loyalty and companionship," i.e. the perfect gift for your BFF. Sebastian's sterling silver charm (£55) features "music notes engraved on the top" to remind you "to keep a song in [your] heart" and to love and cherish your surroundings, as he tells Ariel under the sea.

For a more detailed charm of Ariel, you also have the choice of adding another dangle charm (£60) of the mermaid sitting "atop a freshwater cultured pearl", featuring an "[i]ntricately detailed and fine-lined" Ariel as she channels her "signature look, including the scales on her fin and her long hair."

If you're familiar with Pandora, you'll remember that they also released a few Little Mermaid inspired charms back in 2015, so you'll be able to have a pretty dedicated bracelet to the 1989 classic.

Not only are these charms a great way to celebrate this seminal Disney classic, but they're also the perfect way to mark the remake that's currently in production. Set for release in 2020 and starring Halle Bailey as Ariel, Awkwafina as Scuttle, and Jacob Tremblay as Flounder, these charms will make the perfect accessory for a trip to the cinema to see the live-action retelling of the film.

As Disney Parks news site Walt Disney World Today notes, these Little Mermaid charms were teased in late August which comes as no surprise — as it seems some of Pandora's collabs with the company are released in the parks before making their way to Pandora stores. The collection launched in the parks and on shopDisney.com on Aug. 29 according to the site.

Going by this info, Disney fans could very well see a Princess and the Frog and Nightmare Before Christmas inspired sets in the near future, as they too are featured in the post. You can already buy The Princess and the Frog charms on Pandora's U.S. site, so that could be a sign that they'll make their to the UK soon.

In the meantime though, there are plenty of other Disney x Pandora collabs to choose from to create some truly magical pieces. This year alone Pandora has given fans plenty of collections to choose from, including The Lion King, Toy Story, and Aladdin alongside other charms dedicated to Mary Poppins, Dumbo, Alice in Wonderland, and other iconic characters.

Basically, Pandora is becoming a Disney-lovers dream. Whether you want to create a bracelet purely dedicated to your favourite film or a mix-and-match of your most loved characters — Pandora has totally got you sorted.