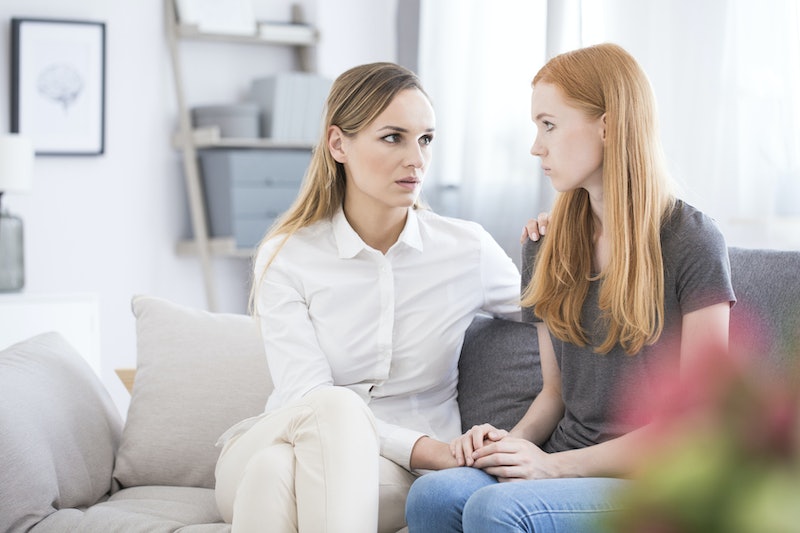 Photographee.eu/Fotolia
By James Hale
May 4, 2018

It's no secret that having the sex talk is uncomfortable for parents and kids alike. But LGBTQ kids have an even more difficult time with learning about the birds and bees, because they may be having The Talk with parents who not only are extra uncomfortable, but simply don't have the knowledge to talk about safe sex that isn't straight sex, a recent study published in the journal Sexuality Research and Social Policy indicates. The study, "Parents struggle to discuss sex with LGBTQ teens," is out of Northwestern Medicine, and concludes that some parents don't know what safe sex means for LGBTQ teens and that cisgender, heterosexual parents need the right resources to get over their uneasiness in having The Talk, according to a press release published on EurekAlert.

"Parents play an important role in helping their children learn how to have healthy sexual relationships, but they really struggle when discussing this with their LGBTQ teens," said the study's lead author, Michael Newcomb, associate director for scientific development at the Institute for Sexual and Gender Minority Health at Feinberg, in the press release.

The study involved 44 parents of LGBTQ teens between the ages of 13 and 17, and according to its press release, those parents reported facing "many challenges" while trying to give their teens comprehensive sex education. Of course, one challenge was the universal discomfort of giving The Talk, but parents also mentioned "feeling unquipped to provide accurate advice" about the specifics of safe sex for LGBTQ people, the press release stated.

One parent said she "sent her bisexual daughter to a lesbian friend to talk to her about 'gay sex,'" while another said, "My challenge around talking about sex is that I have no idea what sex is really like for men, especially for gay men."

"Having a healthy and supportive relationship with parents is one of the strongest predictors of positive health outcomes in teens, and this is true of both heterosexual and LGBTQ teens."

Another parent mentioned feeling ill prepared to discuss sex because her planned talk had primarily been about conception, and she didn't know what to say when her daughter ended up dating a cisgender girl, according to the press release. "I felt challenged that I'm straight, my daughter is dating a gal, and I didn't know anything about that," she explained. "All my sex talks were about how not to get pregnant and how babies are conceived."

For cisgender, heterosexual parents who have this kind of gap in knowledge, the solution is to "Get online!" according to Ellen Kahn, director of the Human Rights Campaign Foundation's Children, Youth, and Families Program. She told The Cut that the most important thing for parents of LGBTQ children to know about giving the sex talk is that it should have the same core points as the sex talk they'd give a cisgender, heterosexual child. "Just say, 'I want to talk to you about having agency over your body,'" she said. "That applies no matter who your kid is having sex with."

She added, "It's about what feels good, [and] it's exciting and normal. I implore parents to just keep an open mind to all possibilities and to create a culture for your kids to be able to safely and authentically explore without fear."

Newcomb said in the study's press release that he believes resources are needed to help parents — regardless of their teenagers' sexual orientation or gender identity — work through their own discomfort so they can be as supportive as possible to their kids.

The Talk is probably always going to be uncomfortable. But considering the fact that less than half of Gen Z teens identify as "exclusively heterosexual," today's parents are going to have to push past their own discomfort and their own preconceptions about non-cisgender, non-heterosexual sex, to educate themselves before they try to educate their kids.