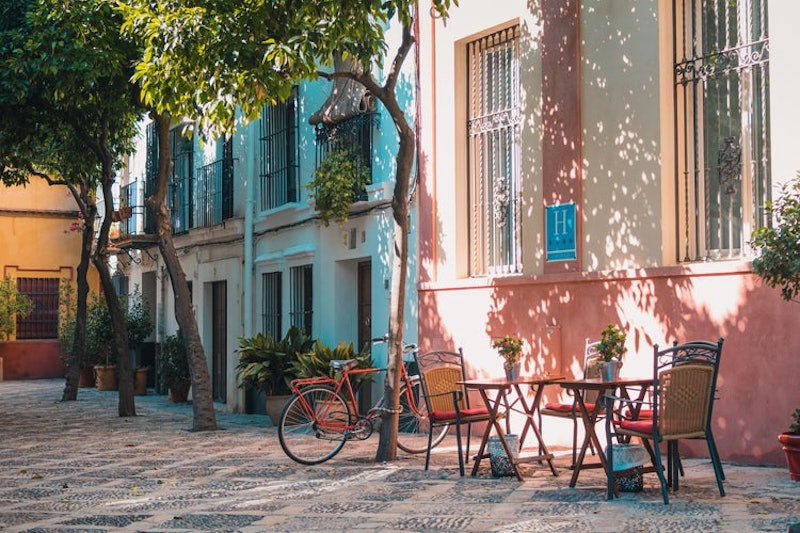 Eons ago, some fish wandered out of the primordial ocean, looked around, and thought they would set up shop on land. Millions of years of evolution later, existence is a little different. Instead of scrabbling for survival, humans have taken to doing things like installing sparkling water fountains across Paris, because regular old tap water just isn't cutting it anymore. As whacky as current events may be, aren't you glad you were born in the modern day?

According to CityLab, the capital of all things sophisticated has offered eight carbonated water fountains, known as fontaine pétillante, in various neighborhoods since 2010. At the time, the head of Paris's water board, Anne le Strat, told 20 Minutes, "People often told me that they were ready to drink tap water if it was carbonated. Now they they’ve got no excuse not to."

The city's plan to keep its residents hydrated must have worked. Recently, Paris City Hall announced they were expanding the project to other areas, with an ultimate goal of at least one fountain in each of Paris's 20 districts. One new sparkling water fountain has already been installed in the Square Eugene Varlin by the Canal Saint Martin, and officials plan to install nine more around the city by December 2018. Let's be honest here. Of all the cities in the world to install something as luxurious as free sparkling water fountains, of course Paris is the first to do so. Is anyone really surprised?

So how do you keep a sparkling water fountain from going flat between drinkers? According to Conde Nast Traveler, the fountains draw from the main water line, just like their more plebeian brethren. The fancy bit comes from a carbonator that adds carbon dioxide — the gas that gives sparkling water its sparkle — to the water the moment it reaches a crisp 44 degrees Fahrenheit, so the water is always crisp and cool.

When one CityLab writer tracked down a nearby fontaine pétillante during a conference in Paris, they admitted that the fountain's appearance was less than striking. In fact, they wrote, "the fountain looked almost as if it were designed to troll visiting fantasists with its simple look and battered condition," complete with graffiti, slime, and only one working button. But the water itself was just as fizzy and clean as anyone could hope — a "magical surprise" for the writer.

Inspired by similar projects in Italy, the initiative is part of a push to get Parisians to drink more tap water and, by extension, use fewer bottles. In 2010, the New York Times reported that residents of the city drink about 40 gallons of bottled water per person each year, one of the highest consumption rates in the world. It's been said before, but it's worth saying again: Bottled water may be convenient, but it leaves a lasting, terrible impact on the environment. While many plastic bottles are recyclable, that doesn't mean they always end up in a recycling plant. According to The Guardian, less than half of the plastic bottles bought in 2016 were recycled, and a paltry seven percent were actually turned into new bottles. The rest, meanwhile, end up in landfills or the ocean, where the Ellen MacArthur Foundation expects plastics to outweigh fish by 2050.

So far, no amount of warnings from scientists seem to have quenched the worldwide thirst for bottled water. However, making tap water more appealing with, say, sparkling water taps may just work. Either way, if you find yourself in Paris, don't forget your water bottle. Just make sure it's the refillable kind, so you can stay luxuriously hydrated and help the environment at the same time.