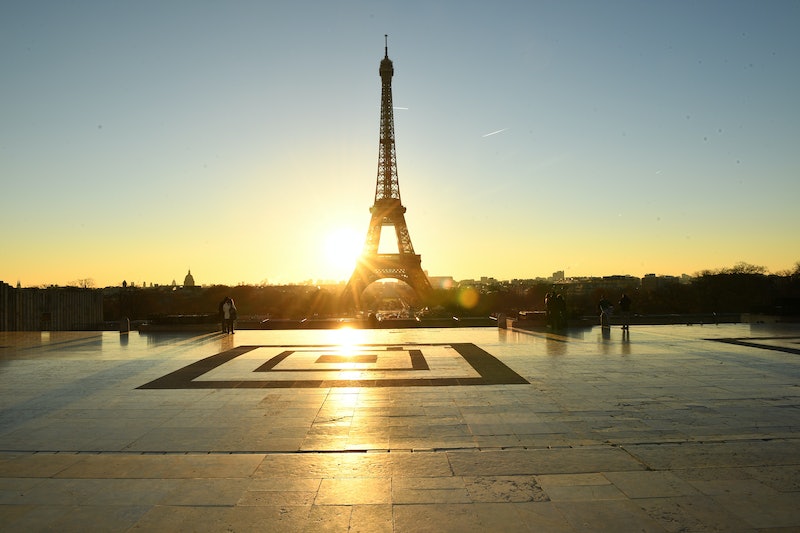 At the Conservative Political Action Conference Friday, President Trump went on an extended riff about Paris, suggesting that the city has become more dangerous lately without stating exactly how or why this might be. In response, Paris' mayor hit back at Trump on Twitter, touting the city's "dynamism and spirit of openness" alongside a picture of herself with Mickey & Minnie Mouse.

“I have a friend, he's a very, very substantial guy," Trump said on Friday. "He loves the City of Lights, he loves Paris. For years, every year, during the summer, he would go to Paris. It was automatic with him and his family...[I] hadn't seen him in a while, and I said, 'Jim let me ask you a question: How's Paris doing?'”

Trump continued, alleging that his friend Jim responded, "Paris? I don't go there anymore," and said that "Paris is no longer Paris." The president didn't provide specifics as to why Jim decided not to go to Paris anymore, nor about why the city "is no longer Paris," but comments he made afterwards suggested that he was referring to terrorism.

"Let me state this as clearly as I can," Trump continued. "We are going to keep radical Islamic terrorists the hell out of our country."

Anne Hidalgo, the mayor of Paris, promptly responded to the jab at her city on Twitter.

"We celebrate the dynamism and the spirit of openness of #Paris with Mickey & Minnie," Hidalgo wrote.

This isn't the first time Trump has vaguely implied that a foreign locale was engulfed in violence, nor the first time he was reprimanded by a foreign leader for doing so. At a rally on Saturday, Trump told his audience to "look at what's happening last night [sic] in Sweden," and referenced the "large numbers" of refugees the country had accepted. It appeared to be a reference to refugee-related terror; however, there were no refugee-related incidents or terror attacks that night in Sweden.

Carl Bildt, the former Prime Minister of Sweden, reacted with befuddlement on Twitter, jokingly suggesting that Trump had "been smoking" something before making the remarks.

All joking aside, it's worth looking at the rhetorical trick Trump is using here. In both instances, he used vague but ominous language — specifically, the phrase "look at what's happening" — to imply that something terrible had happened abroad. Then, he used this to support the claim that America needs to tighten its border security.

There are legitimate arguments one could make in favor of a restrictive refugee admittance policy, or tighter immigration laws — but Trump isn't making them. He's simply insinuating that horrible things are happening without saying what they are, and then drawing a conclusion based on his own insinuations. That's not a legitimate argument. In fact, it's not an argument at all.