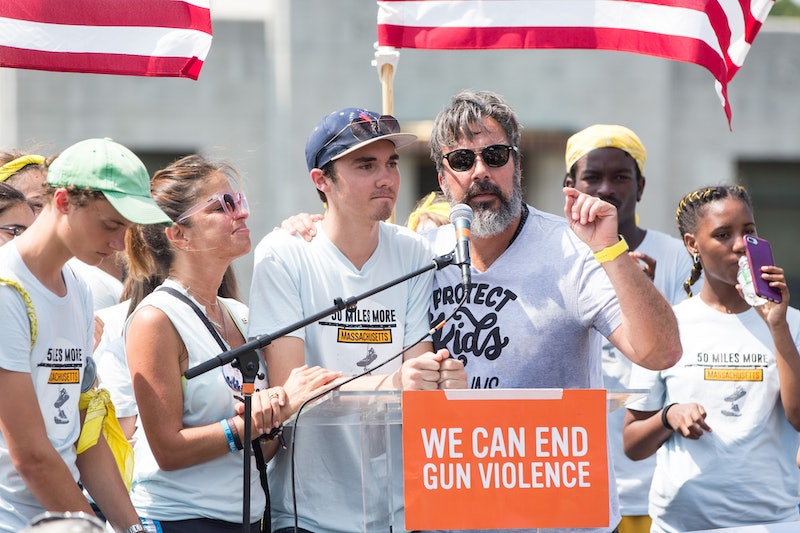 After a gunman killed 17 people at a Parkland, Florida high school earlier this year, students who survived the shooting immediately rallied together to call for common sense gun safety reform. They organized the March for Our Lives, which became a coordinated effort across continents, and staged walkouts and other protests to denounce the gun violence status quo. Now, after traveling around the country for months to engage other young people in voter registration efforts, the Parkland students are voting for the first time in the 2018 midterm elections.

According to the Sun-Sentinel, Florida experienced a burst of new voter registration this year, particularly among young people between the ages of 17 and 21. More than 128,000 Florida residents within this age range registered to vote between January and October, the Sun-Sentinel reported. This increase in young voter registration can be attributed at least in part to the Parkland students' efforts, per the Associated Press.

Roughly 4 million American citizens are turning 18 this year, the AP reported, and these young people have been the primary focus of the Marjory Stoneman Douglas High School students' efforts to mobilize new voters. And for Parkland students like March for Our Lives co-founder Jaclyn Corin, casting their votes in this year's midterm elections is a "culmination of everything we’ve been working for" — though the students will continue fighting for what they believe in regardless of election results, Corin said.

“This is truly the moment that young people are going to make the difference in this country," Corin told the AP.

It isn't just young voter registration that has experienced a significant jump since the 2014 midterm elections; according to ThinkProgress, early voting rates among young people have also seen an increase in the past four years. In states with extremely close races — like Georgia and Texas — the percentage of people between the ages of 18 and 30 who have voted early has already exceeded the same figure from 2014.

Corin was one of these young people, per the Associated Press; she voted early on her 18th birthday, alongside her dad. Corin and her fellow March for Our Lives co-founders — David Hogg, Cameron Kasky, Emma González, Sarah Chadwick, and Alex Wind — spent the summer touring the country as part of the Road to Change, a campaign to register voters and challenge politicians who receive funding from the National Rifle Association.

According to the Los Angeles Times, it is still unclear whether the Parkland students' efforts will have a significant impact on Tuesday's midterm election results, but the students are nonetheless determined to continue advocating for gun control, immigration reform, and other issues they care about.

In addition to promoting early voting and registering new voters, Hogg and his fellow Parkland shooting survivors have called on students across the country to participate in an Election Day walkout; they want students to leave their classes on Tuesday morning in order to cast their ballots.