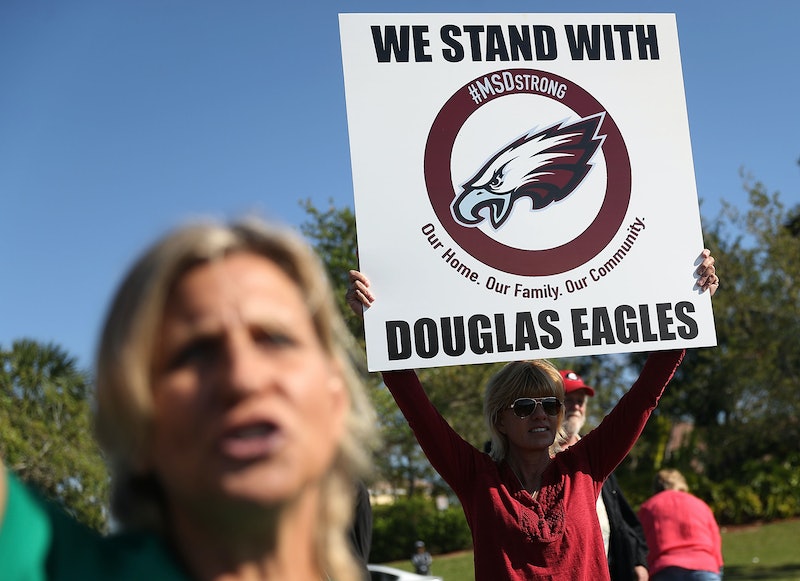 Following the tragic shooting at Marjory Stoneman Douglas High School that took the lives of 17 students and teachers, survivors sued the school district and sheriff's office for failing to keep children safe. In a Monday decision, a judge ruled that Parkland schools and sheriffs had no constitutional obligation to protect the students because the students were not "in custody" of the schools.

In the aftermath of the Valentine's Day shooting, it came to light that the armed officer stationed at the school, Scot Peterson, stayed outside as the gunman killed more than a dozen people inside the school. Though the Florida sheriff's deputy retired after the shooting, he claimed miscommunication and overall chaos preventing him from entering the school during the shooting. But when 15 students filed a lawsuit saying the shooting had traumatized them in a place where they should have been protected, they named Peterson as one of the defendants, along with both the school district and the sheriff's office in Broward County, the Orlando Sentinel reports.

“His arbitrary and conscience-shocking actions and inactions directly and predictably caused children to die, get injured, and get traumatized,” the students' lawsuit said about Peterson, as the Hill notes.

The lawsuit also claimed that the defendants either had inadequate policies in place to protect the students, or that employees "tasked with carrying out the policies" lacked "the basic fundamental understandings of what those policies are such that they are incapable of carrying them out," according to the Hill.

Judge Beth Bloom, however, dismissed the lawsuit, saying that the defendants were not constitutionally obligated to protect the students, and therefore were not liable for their trauma, according to the Orlando Sentinel.

“The claim arises from the actions of [shooter Nikolas] Cruz, a third party, and not a state actor,” Bloom's ruling read, according to the Sentinel. “Thus, the critical question the Court analyzes is whether defendants had a constitutional duty to protect plaintiffs from the actions of Cruz."

"For such a duty to exist on the part of defendants, plaintiffs would have to be considered to be in custody," Bloom wrote in the decision. According to the Orlando Sentinel, being "in custody" would refer not to students at a school, but instead prisoners in jail or patients at a mental institution, for example. Bloom also decided the students' lawsuit didn't show that the defendants had acted in an "arbitrary or conscience-shocking" way, according to NBC.

While this decision may seem shocking, it's important to note that there are still numerous other ongoing court cases related to the Parkland shooting — including, as NBC wrote, cases filed by the parents of students who lost their lives. And as the New York Times reported earlier in December, a commission investigating the police response to the Parkland shooting also found that the police on the case failed at numerous steps. This one court case may have been dismissed, but the matter of who's to be held responsible for so many lost lives is far from settled.